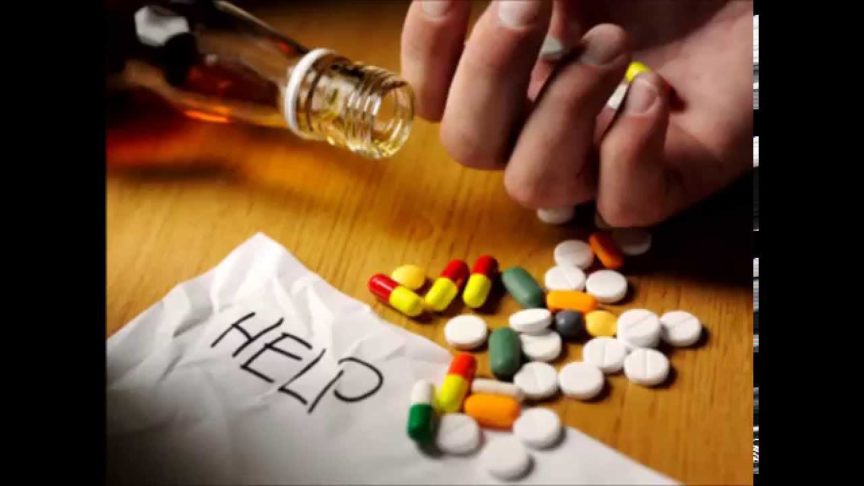 A 16-year-old girl is found in her bedroom unresponsive by her mother. The patient had texted her friends earlier in the day, telling them that she was going to “go away forever.” The mother reports that her daughter has a history of depression and several episodes of self-harm but no previous overdose attempts. Her mother believes that the patient is distraught as a result of a recent breakup with her boyfriend. EMS personnel found several empty pill bottles on the patient’s bed.

On arrival in the emergency department, the patient’s mental status is significantly altered. Vital signs include HR 135, BP 90/50, RR 35, temperature 37.9 °C, SpO2 99% on room air. You realise that this patient’s altered level of awareness, increased temperature and location beside multiple pill bottles is concerning for a mixed toxin ingestion.

Important elements of the history in patients presenting with toxic ingestions include their previous medical history – particularly any psychiatric conditions – as well as any previous or current medications or drug use, as this may provide important information regarding any drugs the patient may have access to. Other important elements include social situation, acute stressors, and any previous suicide attempts. It is also essential to know when the patient was last seen normal. (1)

Paramedics are often able to provide additional information about the patient’s environment, including substances and pill bottles surrounding the patient that can facilitate toxidrome determination and dose estimation.

All patients with suspected toxic ingestions should undergo a full physical examination. Beyond usual exam findings, additional findings that are helpful in toxidromes include signs of self-harm in the form of healed scars and track marks from injection drug use. Pupils that are dilated or pinpoint and skin that is dry, diaphoretic, or flushed may help differentiate toxic ingestions.1

They can be thought of as 2 larger classes, the ‘fast and furious’ and ‘downers’:

In patients with apparent ‘fast and furious’ toxidromes, it is important to consider the alternate diagnoses of neuroleptic malignant syndrome and serotonin syndrome. Typical and atypical antipsychotics can cause neuroleptic malignant syndrome, which is characterised by increased temperature, diaphoresis, and muscle rigidity. Serotonin syndrome, which causes similar symptoms, can be caused by a variety of substances, including selective serotonin reuptake inhibitors and MDMA.1

Patients with sedative-hypnotic (e.g. benzodiazepine) or opioid (e.g. heroin, hydromorphone, or morphine) toxidromes are slow and somnolent. They will often have a slowed heart rate and low blood pressure. It is important to rule out hypoglycaemia in these patients, as low blood sugar can present similarly.1

Basic laboratory investigations in patients who present with suspected toxic ingestions include CBC, BUN, creatinine, electrolytes, and glucose. A VBG may help in detecting potential metabolic or respiratory compromise. It can be used in combination with the anion gap to point toward toxic causes of metabolic acidosis (e.g. methanol). Additional helpful tests include serum ethanol, acetaminophen, and aspirin levels; serum osmolality, which, when raised, can point to the presence of toxic alcohols; and drug levels for medications that the patient may have had access to (e.g. seizure medications and digoxin).1

A screening ECG is essential in investigating a suspected toxic ingestion, as typical signs of overdose (e.g. widened QRS in tricyclic antidepressant ingestion) can be detected in this way. In the ‘fast and furious’ toxidrome, an initial ECG can point to cardiac consequences of overdose, such as ST segment elevation secondary to coronary vasospasm in cocaine overdose.2

Urine toxicology screens are used sparingly in the ED, as they are prone to both false negatives and false positives and do not necessarily indicate acute ingestions. This is because many substances produce positive urine toxicology screens several days or weeks following ingestion. Urine toxicology may be useful, however, in cases of suspected child abuse or neglect, medico-legal cases, and cases of undifferentiated patients not responding to initial treatments but thought to have a toxic ingestion as the cause of their presentation.1

In most cases of toxic ingestion, particularly if the substance is unusual or the ingestion unknown, it is wise to contact your local poison control centre. Toxicologists there can provide up-to-date treatment recommendations and follow the clinical course of the patient with toxic ingestion.

In the case of our 16-year-old patient, a serum toxicology screen was performed, which showed high levels of aspirin and acetaminophen. Her level of awareness rapidly decreased, and she was intubated in the ED. Poison control was called, and the patient was started on N-acetylcysteine (NAC) in an attempt to avoid liver failure and the need for transplant. Dialysis for ASA toxicity was also initiated due to this patient’s extreme presentation with neurologic dysfunction.

A summary infographic has been created by Kelly Lien & Dr. Alvin Chin below: 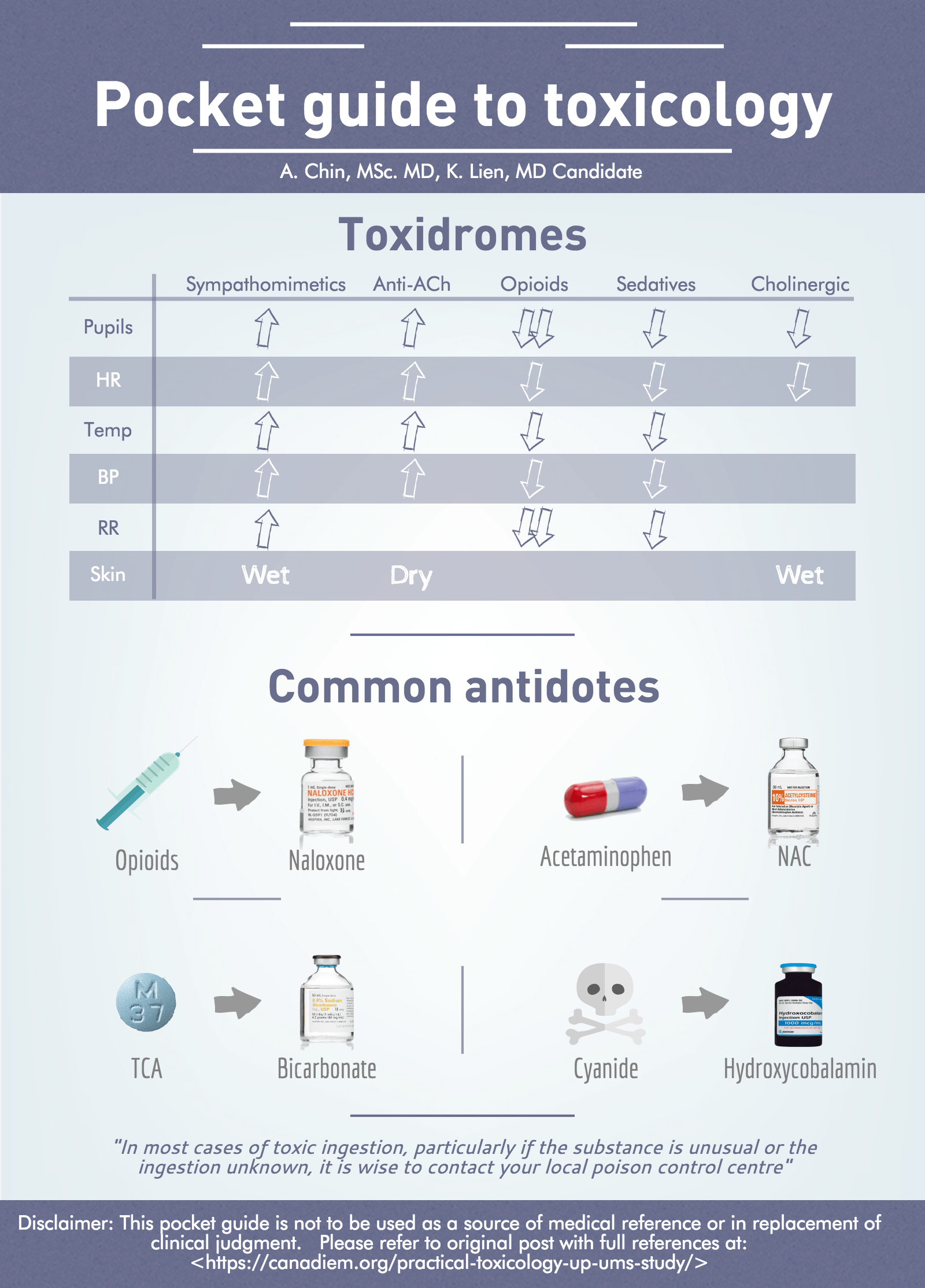 Kelly Lien is a 2nd year medical student at McMaster University. She has research interests in medical education, simulation and QI. She also competes in powerlifting and enjoys playing video games in her spare time.

Alvin is currently a PGY5 in the FRCP EM program at McMaster University. He serves as Director of Design for CanadiEM and has interests in knowledge translation and health innovation.

Anton is an emergency physician at North York General, an Assistant Professor at the University of Toronto, and the Education Innovation Lead at the Schwartz-Reisman Emergency Medicine Institute. He is also the founder and host of Emergency Medicine Cases.