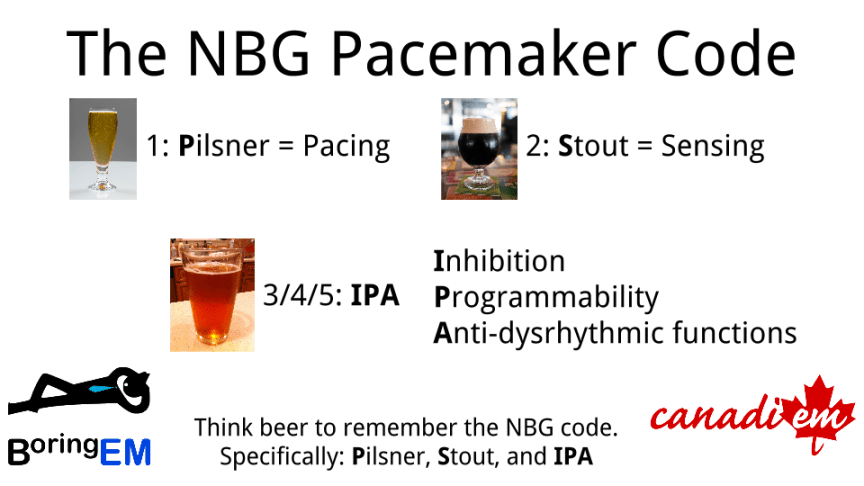 Pacemaker codes. After our exams are over we do not think about them very often. However, they’re still a useful thing for us to understand when talking to educated patients and our colleagues. Unfortunately, their 5 letter code isn’t the easiest thing to remember. Officially known as the NASPE/BPEG Generic (NBG) Pacemaker Code, it was last revised in 2002 [1] although the odd textbook seems to use older versions. Personally, I can never remember which of the first two letters comes first.

Fortunately, Phil Davis, currently a 5th year resident in the Canadian FRCPC emergency medicine program (which means he is doing little besides studying like a fiend) has come to the rescue with a clever (and beer-inspired) mnemonic to help keep the letters straight. When you need to remember the NBG Pacemaker Codes, think beer. Specifically: Pilsner, Stout, and IPA. 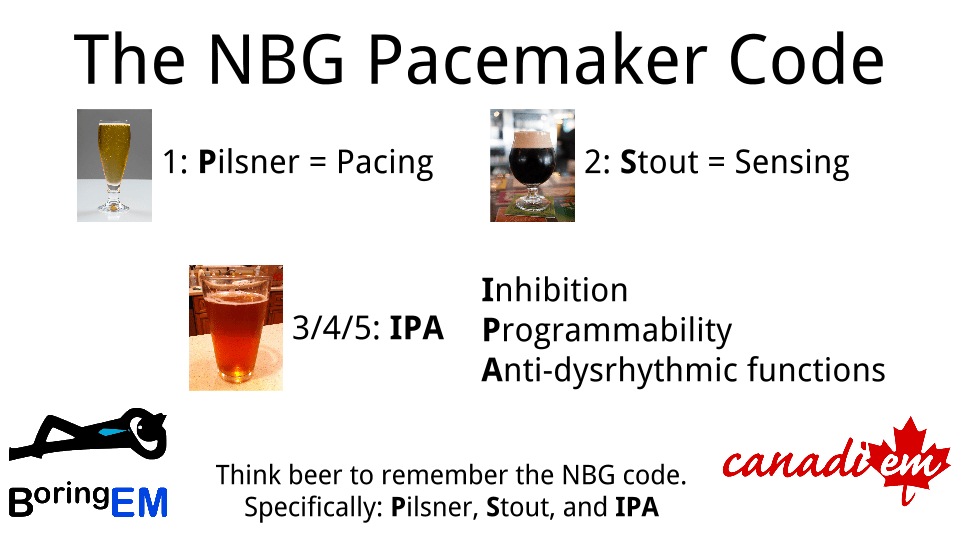 A beer-inspired mnemonic for the NBG Pacemaker Code

Thanks to Phil (credited as an author below) for contributing this Tiny Tip! For more details on pacemakers check out posts on Life in the Fast Lane and ECG Medical Training.

Phil Davis is a 5th year FRCPC resident at Dalhousie. Pass times include hanging out with his wife and son, cooking, eating and drinking well, and intermittently attempting to be a sub-elite crossfitter.