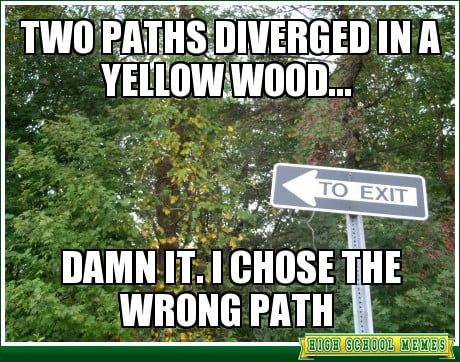 FRCPC or CCFP-EM? (FRCPC = Fellow of the Royal College of Physicians of Canada; CCFP = Canadian College of Family Physicians – Emergency Medicine certificate.) This is a question that EM mentors spend a lot of time discussing with their mentees. Why are there two EM designations in Canada? What’s the difference? Which route is right for you?

These are great questions. Unfortunately, as with many important decisions, you’ll probably get as many answers to them as people you ask. Everyone in the Canadian EM world seems to have an opinion on this topic, and today I am going to share mine. “Why would you want to get into this potentially thorny topic?” you may ask?

Two reasons: First, because I think it is important for medical students to make an educated decision. The only way that to do that is by hearing a lot of opinions and deciding what is best for their personal situation and career goals. And second, because I sat on a panel at CAEP13 and CAEP14 to discuss this issue and feel like I have a pretty good idea of the range of responses.

There are a lot of things in my background that have coloured my thoughts on this issue. The most obvious of these is that I chose the FRCPC route. My opinion has also been shaped through my program in Saskatchewan, where a significant portion of my training has come from CCFP-EM physicians (there were no FRCPC EM physicians in the province when I started medical school). Finally, I was a previous president of the CAEP resident section and sat on the CAEP board through the tail end of its discussions about the Montreal Task Force (aka Dual College/Dual Certification (DC/DC)) on Canadian EM credentials. I learned a lot about the historical context of this issue as a result. All in all, I think that background gives me a fairly good knowledge base on this topic.

Why are there two EM designations in Canada?

This is a very difficult question to answer. While it was likely discussed even earlier, the first mentions I found about it came from back in 1997. Drs. James Ducharme and Grant Innes started some controversy that year with an editorial in a CAEP Communique published in the Fall of 1997 titled “The FRCPC vs the CCFP(EM): Is there a difference 10 years after residency?” This article and a history of publications and letters to the editor that address this issue has been made available by CAEP in a suite containing multiple documents relevant to this issue. In this particular article, they Drs. Ducharme and Innes provide their take on how the two streams of training came to be. As I was -7 years old back in 1977 when this process started, I figure it would be easiest to take their word for it. Here it is:

Almost 20 years ago, two groups perceived the importance of emergency medicine (EM) and saw the need for advanced EM training. The Royal College of Physicians and Surgeons viewed emergency medicine as a new specialty with a distinct body of expertise, while the College of Family Physicians viewed it as a critical aspect of primary care. As a result of disparate philosophies and divergent political agendas, 2 distinctly different training programs for EM arose and flourished in Canada.

Their editorial went on to speculate about the differences (or lack of differences) between the graduates of the two training streams. It raised quite a furor. If the letters to the editor published in response were representative of the feedback, many CCFP-EM physicians took offence from their conclusion that the FRCPC program was intended to provide “proper academic training” that would allow its residents to provide “academic leadership” to EM and that a CCFP-EM program “could not possibly teach” that in 1 year.

Over the subsequent years, the situation has not changed significantly. There are still two training programs, every once in awhile someone proposes modifying/unifying them in some way, and every time their efforts are rebuffed. Most recently, CAEP went through a DC/DC process with its Working Group in 2013 – their work can be viewed here. No substantive changes were forthcoming. 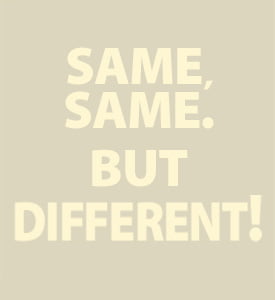 The first thing to compare about the programs are their goals so that their purpose can be understood.

From the CFPC Red Book:

The goals of Certification in Family Medicine with added competency in Emergency Medicine [CCFP(EM)] are as follows:
1. To improve the standards and availability of emergency care from practicing family physicians
2. To establish guidelines for the development and administration of training programs in emergency medicine for family physicians
3. To ensure the availability of teachers for training programs in family medicine/emergency medicine

From the Royal College Objectives of Training:

Upon completion of training, a resident is expected to be a competent specialist in Emergency Medicine, capable of assuming a consultant’s role in the specialty. The resident must acquire a working knowledge of the theoretical basis of the specialty, including its foundations in the basic medical sciences and research.

The specialist Emergency physician employs pertinent methods of prioritization, assessment, intervention, resuscitation, and further management of patients to the point of transfer. Appropriate procedural and pharmacotherapeutic interventions are central to these abilities.

The specialist Emergency physician possesses organizational skills in emergency department management and disaster management, and the ability to interface with and play a leadership role in the development and organization of emergency medical services and prehospital care.

Residents must demonstrate the requisite knowledge, skills and attitudes for effective patient-centered care and service to a diverse population. In all aspects of specialist practice, the graduate must be able to address ethical issues and issues of age, gender, sexual orientation, culture, and ethnicity in a professional manner. The specialist Emergency physician has the ability to incorporate these perspectives in research methodology, data presentation, and analysis.

I think it is important for a medical student considering which route to EM practice they would like to take to compare their career goals to the goals of the program that will train them. Which description sounds like it is more for you?

$ One exception to this is that FRCPC’s get paid more than CCFP-EM’s in Quebec with the disparity being ~$46,000/year as of 2010. However, the number of specialist (FRCPC) positions in each region is limited by work permits (huge thanks to Nina Nguyen, a med student from Sherbrooke, for this information!) Of course, in all provinces CCFP-EM’s would begin earning attending wages 2 years prior to their FRCPC colleagues.
^ CCFP-EM’s may be eligible for some informal fellowships but would generally not have funding for them. They are unable to do Peds Emerg, Toxicology or Intensive Care.
* Most FRCPC programs allow up to 12 full months of funded electives to develop a subspecialty interest in EM. This time is often used to complete the first year of a fellowship, complete a Masters degree, etc. Nothing would stop a CCFP-EM from developing a similar niche after finishing their training.
% It is possible that EM experience may be considered to allow a CCFP-EM to work internationally as an emergency physician, but from what I understand, the CCFP-EM credential is not considered equivalent to the emergency medicine specialty credential internationally.
+ Job prospects are good for both CCFP-EM and FRCPC grads. I have not spoken to graduates of either program that have had difficulty finding a job. The myth that CCFP-EM’s can’t get jobs in major centers seems to be just that – a myth.

So where do EM physicians graduating from each program practice when they graduate? There is no data on the location of practice of FRCPC EM physicians, although anecdotally they largely continue to work in tertiary care centers. A study at the University of Toronto surveyed graduates of their CCFP-EM program from 1982-2009 and found that they largely practice in EM (~75% spend >80% of their practice in EM) and rarely work in rural areas (94% urban or suburban with 39% specifying an academic affiliation). This was a relatively small single-center study, but it’s results parallel those of a previous study at the University of Western Ontario.  In this 2005 survey of 72 CCFP-EM graduates from 1982-2004, they found that approximately 72% started their career working exclusively in EM while ~16% described their practices as “blended.” <10% described their practice location as rural. So what’s the bottom line? Both FRCPC’s and CCFP-EM’s are very likely to work in urban/suburban centers. As most urban centers also serve as academic centers these days to some degree, you’re also likely to have as much academic responsibilities as you are willing to take on regardless of your route of training. 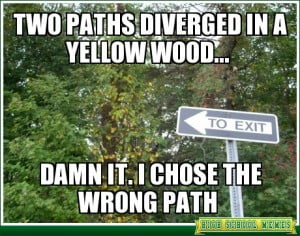 Which route is right for you?

I hope this information has helped you consider some of the important aspects of that decision.

The question that tipped me from being unsure to 100% certain that the FRCPC route for me was “Do I really want to train for family medicine for two years?” As I had no interest in training to be a family physician, I decided that I was not interested in pursuing the CCFP-EM route. I also found the possibility of fellowship training appealing and ended up doing a Fellowship in Medical Simulation at Massachusetts General Hospital before finishing residency and starting work at an academic center.

A note on the numbers game…

Much has been said regarding the increasing competitiveness of Emergency Medicine as a specialty. Here’s some rough data regarding the CaRMS match between 2013 – 2017: 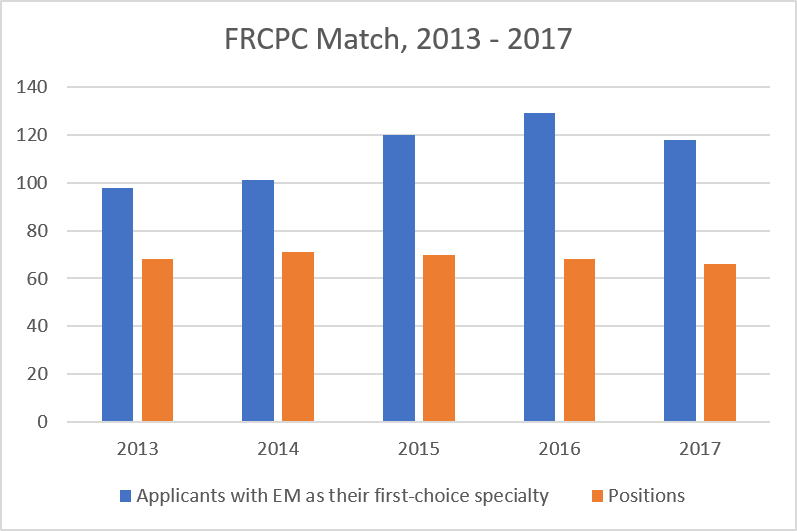 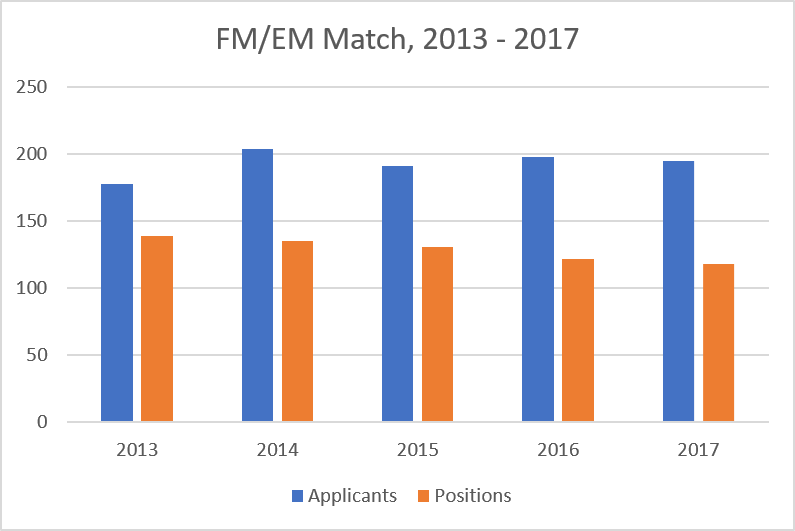 As you can see, the number of applicants applying to the FRCPC program as their first-choice specialty has increased by approximately 20% over the last 3 years, whereas the CCFP EM applicant pool size has remained fairly constant. Both programs have seen a decrease in the number of available training positions. This leads to an overall theoretical match percentage of 55% for the FRCPC and 64% for the CCFP matches in the last 3 years. Something to think about when applying for residency!

This post was peer reviewed by Eve Purdy, Paul Olszynski (CCFP-EM) and Nadim Lalani (FRCPC) prior to its initial publication on May 27th, 2013. It was revised and reposted by Kelly Lien on August 16, 2017. For more CaRMS advice, check out the complete CaRMS Guide. The next post in the CaRMS Guide series is Finding a Mentor.