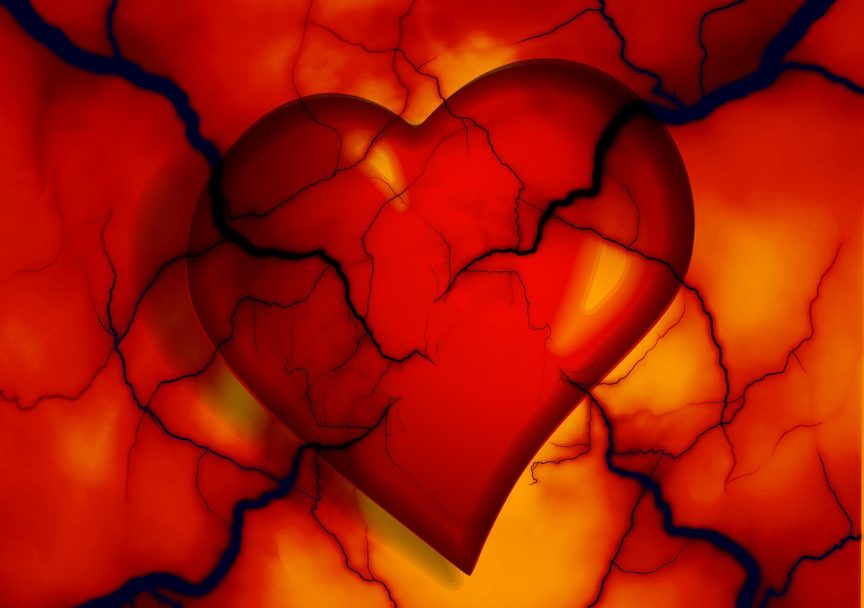 In Part One of this series, we reviewed the pathophysiology of Acute Coronary Syndromes (ACS), as well as some of the important features that should be elucidated on history-taking. In Part Two we discussed the current evidence-based practices for the management and transportation considerations in patients identified by paramedics to be suffering from a STEMI. In this third part, we will consider the series of events that occur when the care of a patient with suspected ACS is transferred to the ED.

As we discussed last month, standard-of-care for many ambulance services is to bring patients suffering from a STEMI directly to the catheterization lab for primary PCI (percutaneous intervention) or to treat them with thrombolysis in the field. Fortunately, only a handful of patients complaining of chest pain have a clear STEMI on their pre-hospital ECG; so how are the rest worked-up and managed in the Emergency Department? 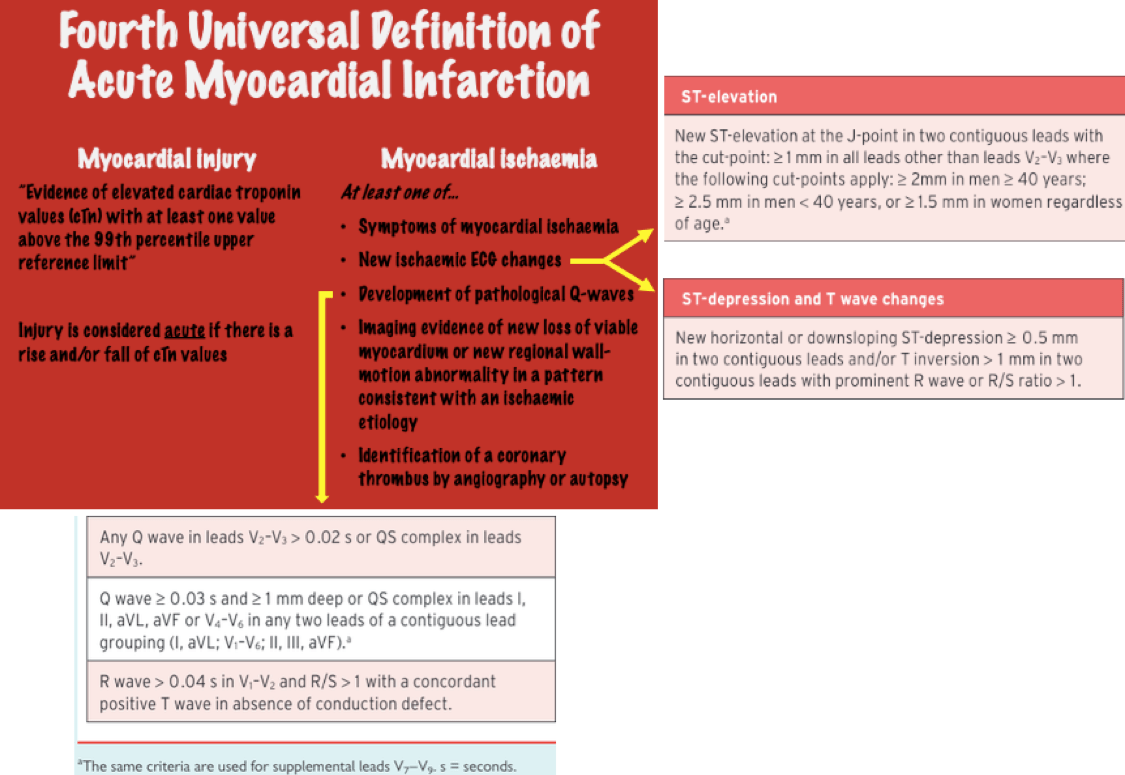 As we explained in Part One, Unstable Angina describes symptoms of myocardial ischemia +/- ECG changes in the absence of elevated serum troponin levels. Unstable angina is further defined to differentiate it from stable angina, a non-acute coronary syndrome condition which can have symptoms similar in nature to ACS. Angina is considered “unstable” if:2

While paramedics are most familiar with ACS that has been caused by acute rupture of a plaque with subsequent thrombus development, this is actually only one mechanism of MI (Type 1). The other clinically significant mechanism of MI (Type 2) is caused by a supply-demand mismatch, which can occur from sustained tachyarrhythmias, severe anemia, profound hypotension, just to name a few specific mechanisms. Click here to read more about the types of MI, including criteria for a Silent MI (page 5 of the document). Below are some nice images from the Fourth Universal Definition of Myocardial Infarction that demonstrate ways in which a Type 1 or 2 MI can occur:1 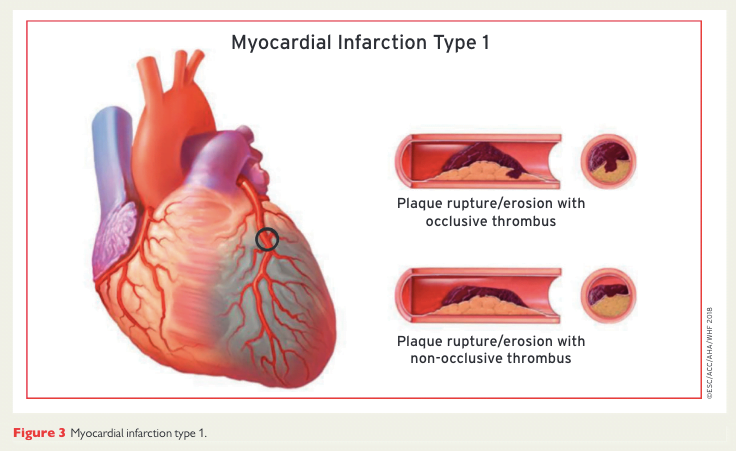 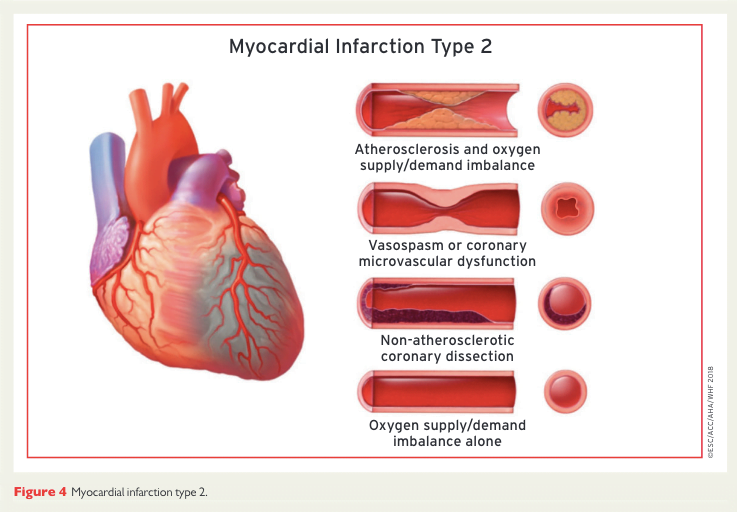 Cardiac biomarkers are proteins that are identified on bloodwork that are suggestive of myocardial injury. Biomarkers have been used in the diagnosis of MI since the 1960s, however, the first biomarkers (aspartate transaminase [AST], lactate dehydrogenase [LDH], and creatine kinase [CK]) were very non-specific to the heart (many other tissues released them).3 Over time, more specific biomarkers were found (CK-muscle/brain [CK-MB], LDH 1 + 2, and myoglobin), however, high false-positive results continued to be an issue until an assay was developed to identify cardiac-specific troponins in the blood. If you recall, troponins are proteins that play a key role in muscle contraction, both in skeletal and cardiac muscles. There are three types of troponin, C, I, and T – both I and T have isoforms that are very specific to cardiac muscle, and thus, the presence of these isoforms (called cardiac troponins) is suggestive of myocardial injury when the patient’s symptoms and/or ECG support this diagnosis.

When a patient presents with suspicion of an acute coronary syndrome, their blood is sent to the lab to look for elevated levels of these troponins. Unfortunately, the troponin level doesn’t rise as soon as the myocardium is injured; rather, it takes 4-8h to start seeing it elevated in the blood. It’s for this reason that a single troponin result that is within normal limits cannot usually be used to exclude myocardial injury. Current North American guidelines recommend that troponin levels be tested at least twice before ruling out myocardial infarction – once as soon as feasible after the patient arrives at the emergency department, and subsequently 3 to 6hrs later.4

It is important for paramedics to explain to patients what to anticipate when they go to the ED with chest pain or other symptoms suspicious for ACS. By setting reasonable expectations with regards to how long the ED visit might take patients can plan appropriately and are apt to be less frustrated when it happens. The graph below demonstrates the approximate timelines of troponin elevations in different sized MIs – note that, while the troponin level rises rapidly above the 99th percentile, it isn’t immediate at the time of infarct.5 Note also that troponin remains elevated in the blood for 7-10 days after onset of infarct, which allows later presentations of MI to potentially be diagnosed in the ED. 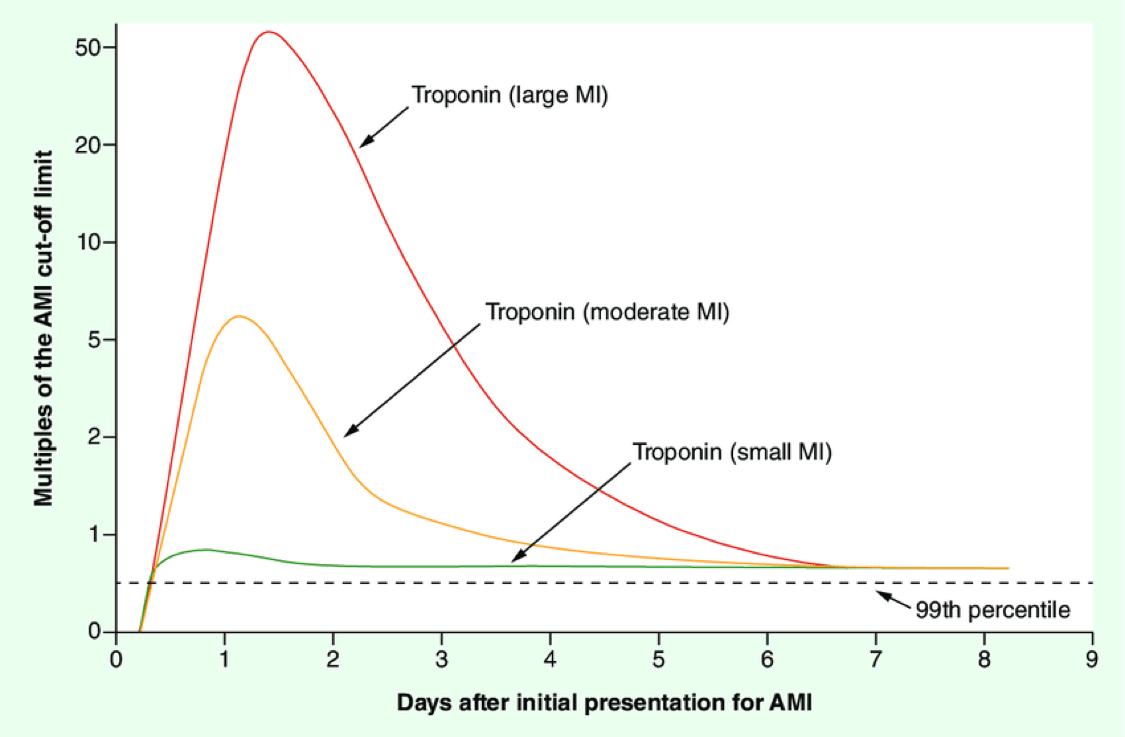 Whether a patient diagnosed with ACS is treated with primary PCI, thrombolysis, or neither, they receive (approximately) the same emergency therapies upon diagnosis at the hospital. First off, all the same discussion we had around MONA in Part One of this series holds true for ED management of ACS as well. Three additional therapies are often added to this regimen in the ED:

So, you successfully assessed and treated your ACS patient in the field and transported them to the appropriate facility. From there, appropriate emergency therapies were initiated and your patient was admitted to the hospital for stabilization and to organize post-ACS care. But what does that involve? First off, there is a list of medications that almost all patients who suffer and ACS event will be discharged on – these include:78

In addition to their new pharmacy, patients being discharged after an ACS event should also receive information about the following:

That’s it for now! Tune in for the final installment of this series to learn about angiography and play “spot the lesion”! In the meantime, find more Sirens to Scrubs articles here!