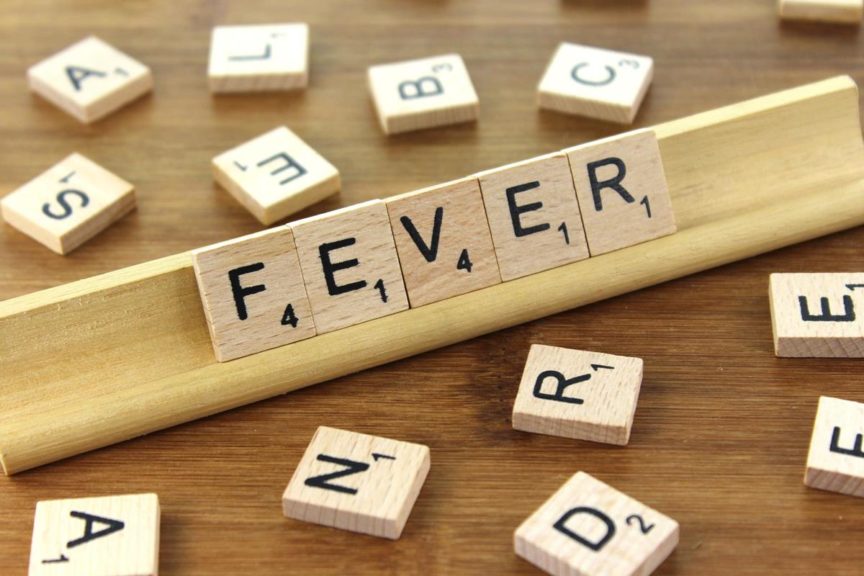 You’re transporting Milly, a 68y/o healthy woman to the hospital with a fever of 38.9C with a productive cough. As you offload her she asks for a blanket, so you ask your student to get her one while you start your paperwork. Your student, Vincent, later tells you that he was taught at school not to give blankets to febrile patients and asks you about your reasoning for giving one to Milly.

What is happening in Milly’s body to make her core temperature rise?

In any conversation around fever, it is important first to clearly define fever and hyperthermia – two related, but fundamentally different conditions in which the body’s core temperature becomes elevated.

Fever – much like a thermostat, the hypothalamus in the brain determines what the body’s core temperature should be. In normal conditions, the temperature ranges from 36.5C to 37.5C (although this number can vary depending on the resource you use). In fever, the hypothalamus raises the setpoint and the body responds by enacting mechanisms to bring the core body temperature up to this new setpoint.​1​

Hyperthermia – an increase in the core body temperature that deviates higher than the ideal temperature set by the hypothalamus. This is a non-physiologic state caused by situations of insufficient heat dissipation in the context of increased heat production (i.e. extreme environmental exposures or hypothalamic dysregulation).​2​

For fever to develop, there must be a trigger that causes the setpoint to rise. Triggers may include exogenous factors (components of bacteria and viruses) or endogenous factors (constituents of the immune system released in response to pathogen invasion). Although these pyrogens (‘fever-causing agents’) cause the hypothalamic setpoint to rise, it isn’t infinitesimal and there seems to be a ceiling to how high the fever will rise. Like other homeostatic mechanisms in the body, this limit is likely maintained by negative feedback mechanisms involving these same pyrogens. The body responds to meet the new setpoint by increasing cellular metabolism (leading to the rise in pulse and respiratory rates seen in fever), generating shivers, conserving heat that is produced by vasoconstricting in the peripheries, and causing the patient to initiate behaviours that elevate their temperature (i.e. curling up in a ball, seeking warm environments).​1​

Understanding the concept of the modified setpoint helps us to explain the symptoms people often report in fever; as the setpoint rises but before the core body temperature has reached it, the patient feels chills because their body isn’t as warm as the brain is telling it that it should be. This is when we crawl under piles of blankets as part of the behavioural response to an incongruent setpoint and body temperature. Then, as the fever breaks, our core body temperature begins to feel much too warm for the hypothalamic setpoint, causing us to remove the blankets, sweat, and vasodilate (making us appear flushed).​1​

Are fevers good for us?

There is an abundance of evidence supporting an evolutionary role of fevers in combating disease, as the ability to generate a fever has been shown to improve survival in many animal species. Even cold-blooded animals seek environments that will raise their body temperature when they have an infection.​1​ ​3​ In addition, nearly every aspect of the mammalian immune system has been shown to function better in higher temperatures, including more effective mobilization of leukocytes, activation of T lymphocytes, and production of interferon.​1,3,4​ While giving the immune system a boost, fever has been shown to impair pathogen function by inhibiting toxin production and slowing multiplication.​3,5​ Other studies have demonstrated how these microscopic findings may translate into patient-related clinical outcomes (i.e. reduction in severity and duration of symptoms and infectivity).​4​

Like any evolutionary adaptation, fever does come with a cost – namely hypermetabolism (increased oxygen and energy consumption), loss of insensible fluids, and discomfort.​1​

Do fevers cause brain damage?

Decades of studies have demonstrated that fevers do not cause cellular damage, including brain damage, or other harm until it reaches at least 41.7C, and even at that level damage only arises if the temperature is held there for prolonged periods of time.​4,6,7​ The following general conclusions have been observed:

In fact, fever therapy was a popular modality for treating infectious diseases and malignancy alike in the early 20th century; in this therapy temperatures were commonly held between 41 and 42C for many hours at a time.​6​

However, temperatures that reach the danger range are an extremely rare, or never, situation in fever alone (without an element of hyperthermia).​5,9,10​ In one study that looked at over 1700 temperature measurements in patients with diseases characterized by high fever (i.e. malaria, pneumonia) only 5% of patients experienced temperatures of >41.1C, and no temperatures >42C were recorded. As explained above, there seems to be an upper limit of fever which the hypothalamus will not allow the body to reach beyond.

Do fevers cause seizures?

In adults, hyperthermia >42C can lead to seizures. However, in adults without pre-existing seizure disorders, fever doesn’t cause seizures. Pediatric febrile seizures, on the other hand, are seen in 3 to 5% of children under 5yrs old.​4,11,12​ Although frightening, simple febrile seizures (typically defined as generalized, short-lived, and not recurring within a 24h period) have not been shown to cause structural brain damage, cognitive impairment, or death.​11​ Furthermore, febrile seizures cannot be prevented by the used of antipyretics to lower fever, and attempts to prevent initial or subsequent seizures has no effect on the development of epilepsy later in life.​4,5,7,11–13​

How are fevers treated?

The mainstay of treating fevers is by the use of antipyretic agents (i.e. Tylenol, Advil). These medications act by returning the thermostat to normal values – that is, decreasing the setpoint in the hypothalamus. When the setpoint lowered back to normal values, the body responds by decreasing the core body temperature via behavioural mechanisms (removing the blanket), vasodilating (allowing the body heat to dissipate into the environment), and reducing the amount of heat produced (lowering metabolism and ceasing the shivering response).​1​

Some providers have also advocated for the use of external cooling methods to lower fever. However, by cooling the body from the outside when the setpoint remains high, we’re competing with the brain’s target temperature and the body’s homeostatic mechanisms respond appropriately by initiating shivering, vasoconstriction, and increased metabolic rate. This leads to extreme discomfort by the patient and an increase in energy and oxygen expenditure. Thus, external cooling should primarily be reserved for situations of hyperthermia, in which we are helping the body to return to its setpoint rather than fighting against it.​14​

When SHOULD we give antipyretics?

The primary indication for treating fever is to treat pain, discomfort, delirium, or lethargy and to encourage adequate hydration. Other considerations might involve patients with limited energy or oxygen reserves, as fever does increase demand for these resources. Some situations where this might be the case may include:

In addition, evidence and experience are sparser in temperature ranges >40C, and for this reason many providers may opt to treat when fever reaches this range. Practically speaking, a fever of that height is bound to be uncomfortable, so antipyretics are reasonable at that point anyway.

Putting this all together for Vincent, you explain to him that fevers aren’t dangerous in and of themselves, and seeking warmth under a blanket is a physiologic behavioural response to bring the body’s core temperature up to where the brain wants it to be. In addition to causing Milly great discomfort, refusing to give her a blanket is essentially a form of external cooling which will just make her body work harder to raise its temperature from the inside. If she is uncomfortable from the fever she should first be treated with antipyretics, and once they start to work her brain will tell her body to remove the blanket to bring her core temperature back to a normal level.

A situation in which we might need to be cautious is with patients who would be unable to remove the blankets for themselves if they get too warm; for example, patients who don’t have use of their arms/legs and are unable to communicate their discomfort or in infants not being closely monitored. In these patients, it is theoretically possible to induce a hyperthermia over and above their fever that has a potential to reach dangerous levels. However, in most environments a single blanket would not be enough to raise the temperature to dangerous levels and would be completely appropriate.