Hélène Campbell has become the poster child for utilizing social media successfully in her battle for a double-lung transplantation. Amidst the media frenzy and social chatter surrounding the story, Facebook recently announced their own foray into the business of facilitating organ donation – users in the US and the UK can become organ donors as easily (and as mindlessly) as a simple mouse click updating their Facebook status. 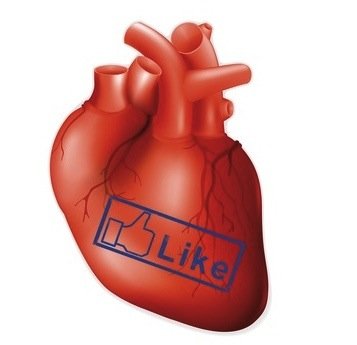 There is no question that the need for organ transplants far exceeds the supply. In the US alone, there are currently almost 115,000 people on transplant waiting lists. As much as we want to see this effort become the overnight solution to transplantable organ shortage that it has been billed to be, let us not forget some minor details surrounding the whole issue of online organ solicitation.

First of all, about Hélène Campbell’s case: Twitter, YouTube, and Facebook did not save her life. The extraordinary attention that she attracted to her story wasn’t only because she took it into the social media world (many others needing transplants have been doing so much earlier than Hélène) – but because celebrities like Justin Bieber and Ellen Degeneres caught on somehow and promoted it for her.

Secondly, there is a big difference between cadaver organ donation and living organ donation. It is one thing to encourage people to sign up for organ donation in the event of their deaths…getting people to openly and publicly declare living donor status is a totally different, ethically-uncharted matter. Let’s take kidneys for example (over 80% of people on U.S. organ transplant waiting lists are for kidneys) – most healthy individuals have 2 functional kidneys, and thus can be a living donor of a single kidney…and be actively involved in choosing the organ recipient. The ethical question becomes how someone decides who gets his/her organ.

Facebook isn’t the first online site for promoting and potentially matching living donors; for years there have been numerous chat rooms, personal web pages (eg. http://joeneedsaliver.com), classified ads (eg. Craigslist.org), and even dedicated websites specifically made for this purpose (eg. MatchingDonors.com). The biggest criticism of these online organ solicitation venues is that they have a potential to degenerate quickly into “beauty contests” – patients in need being evaluated by social bias such as appearance, biography, and how one creates/decorates an online profile. The ethical principle of justice in medicine argues that selection be based solely on appropriate medical need in a fair manner…so should patients and donors really be actively selecting and screening each other directly? If so, how can we avoid inequitable distribution based on race, culture, or other group bias? What about financial and other forms of incentives?

Additional, albeit less obvious, issues arise when one’s organ donation status is displayed publicly on social networks. Can peer pressure and other social phenomena affect an individual’s choice to be donors? Imagine if you had a Facebook status option to show whether you’d voted in the latest election, or perhaps a status to show whether you’d vaccinated your children. There is still much that we don’t know about how social media can affect human behavior – moving something like organ donation into the online world is loaded with ethical uncertainties.

A final thought for the day: did you know that Mark Zuckerberg just married Priscilla Chan, who happens to be a recently graduated doctor? Regarding his influences for adding organ donation to Facebook:

…Zuckerberg also cited his girlfriend, Priscilla Chan, who is studying to become a pediatrician. “Our dinner conversations are often about Facebook and kids, and the kids that she’s meeting,” he said. “She’ll see them getting sicker, then, all of a sudden, an organ becomes available, and she comes home and her face is all lit up because someone’s life is going to be better because of this.”…

Huh. Imagine if he wasn’t with Priscilla, would Facebook have done the same thing? What other healthcare related ripple effects can we expect from Facebook and Dr. Chan?