This episode of CRACKCast covers Rosen’s Chapter 16, Depressed Consciousness and Coma. This presentation has a broad differential, but the systematic approach outlined here will guide your strategic work up for these altered patients.

Depressed mental status represents an alteration in arousal stemming from a wide spectrum of diseases and presenting on a continuum of impairments. These impairments range from sleepiness, to decreased alertness, to coma. A common approach to this broad differential is DIMS, which is covered later in this episode.

Consciousness is the awareness of one’s self or surroundings, and is composed of:

Cognition is primarily controlled by the cerebral cortex

Therefore anything impacting normal function of the brainstem (small lesion = large deficit) or bilateral cortex can cause depressed consciousness or coma. 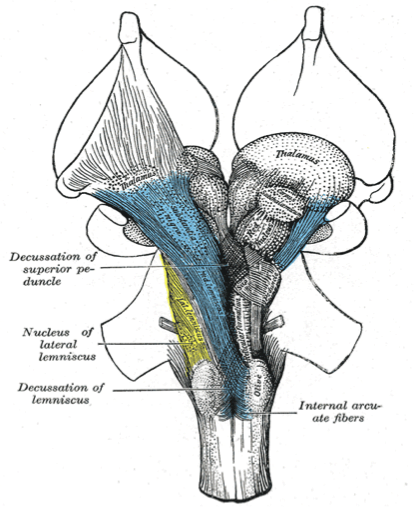 The three categories of processes that insult these anatomical areas include:

Break down of table 16-1: using the DIMES approach (“if you don’t think of it you’ll never dx it”)

The “OB’s 5Cs” as the Critical diagnoses: 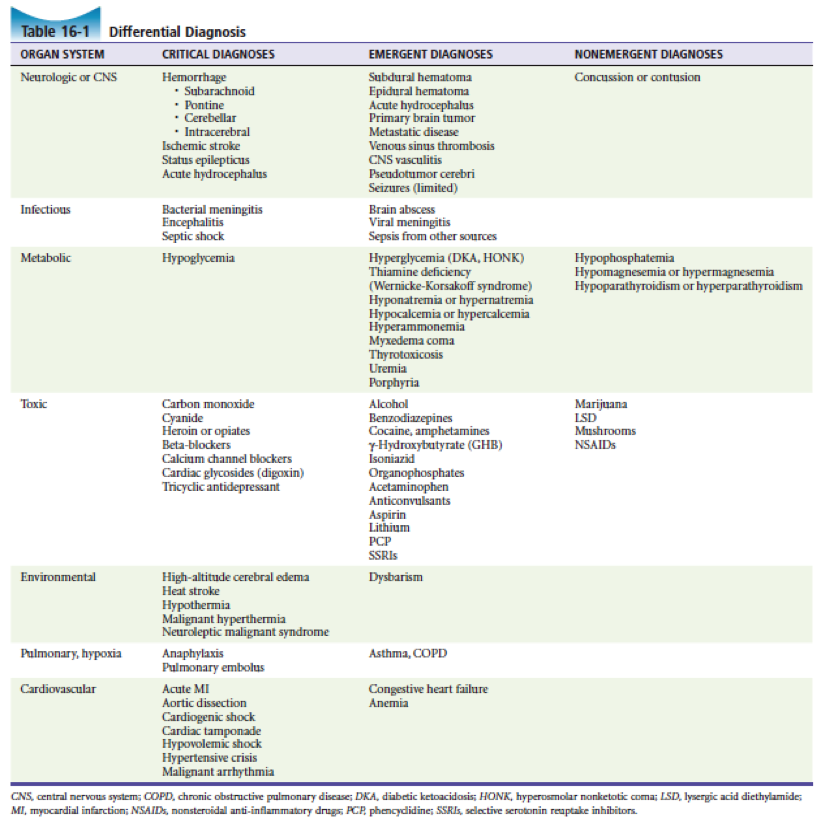 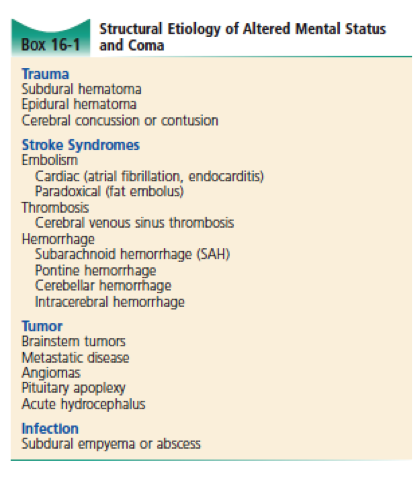 Need to know this!

Note that for Verbal Response: 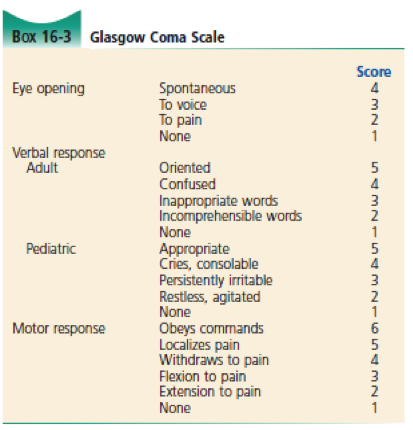 3) Describe the oculocephalic and oculovestibular reflex

Important tests, as if they give a normal response then a structural lesion in brainstem is unlikely

If there is an intact brainstem:

If the brainstem is not intact: 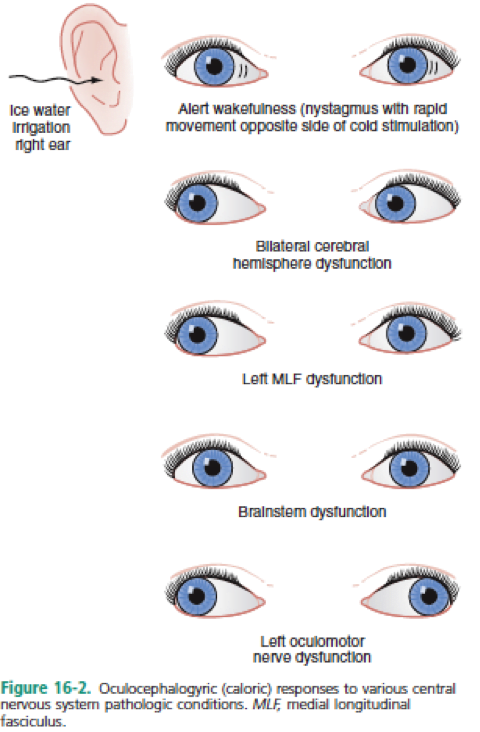 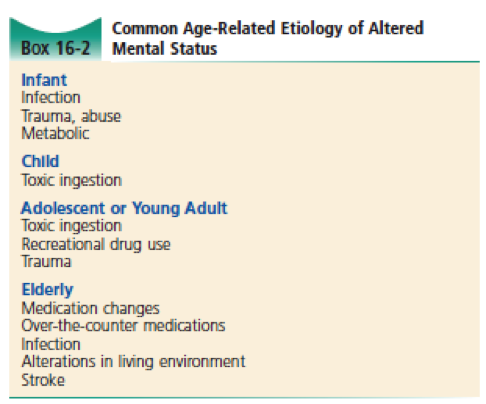 2) What is the initial management of an ALOC patient: