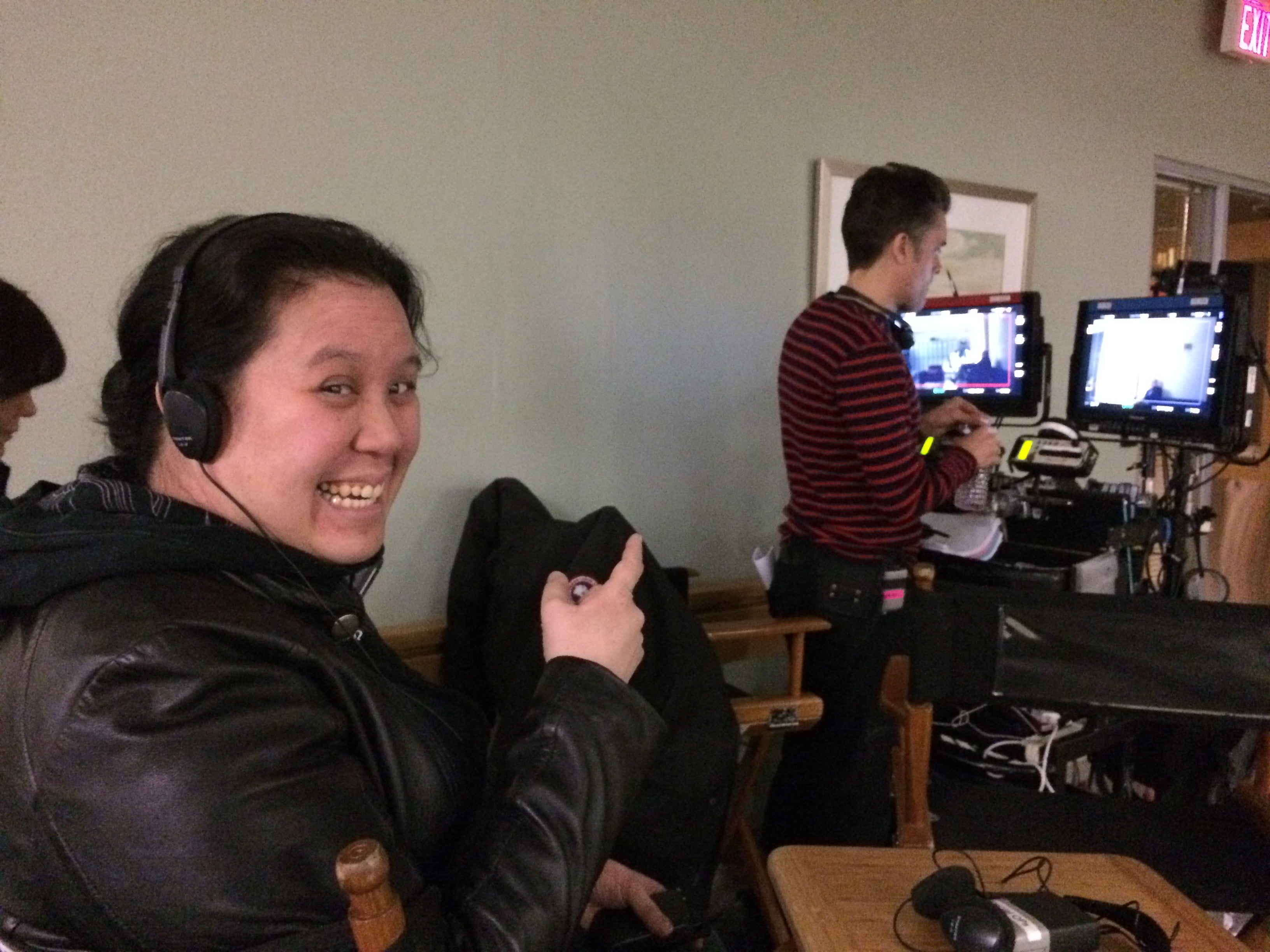 The “Life Beyond Medicine” section is supposed to bring a new perspective to our readers about what it means to be a doctor and still have a life outside of medicine.  That said, one of the things that I have had a chance to do recently is work as a consultant on a TV show, and that would be something that I would likely not have been able to do were it NOT for my MD degree. 😀

What I’ve been up to… Consulting for medical television

A selfie on set with my friend Keri!

For the past year I’ve been a consultant for the Canadian drama Remedy, which airs on Global TV in Canada tonight.  If you haven’t tuned in to it in the past, I would highly recommend it (and not merely because of my obvious conflict of interest)! I was a fan of the show well before my consulting gig. I particularly love how it doesn’t JUST focus on doctors and nurses.  Remedy presents a multitude of perspectives by tapping into the lives of the healthcare aides, porters, administrators and other people who make the hospital run.

I landed the job through pure serendipity. One day last year I noticed my friend from high school, Keri Ferencz (featured in the picture with me), posting on Facebook that she was working as a researcher for the show. A quick joke post about how I’d love to help her out anytime resulted in my recruitment. Fast forward a few months and I was sitting in the Season 2 writers room being asked a pile of questions by Greg Spottiswood (the showrunner) and his talented writers.  Since then I have begun suggesting medical content to help craft scenes that enhance the show’s inter-personal drama.

Last winter I had the chance to visit the set of Remedy.  The episode that I watched being filmed and rehearsed aired last week, so now I’m allowed to talk about it. First of all I have to confess: IT WAS SUPER COOL TO BE ON SET. The big stars were just walking around in between scenes and running their lines in the hallways of the set. The set itself was super cool. It was on a sound stage / warehouse next door to where Ontario’s provincial emergency response team houses and runs their operations. Funny coincidence, right? Upon arrival, Keri showed me around the set, and I watched a guy getting his make-up on in preparation for a big trauma scene, a scene being filmed (see picture of me viewing the scene), and a rehearsal of the choreography for a trauma scene.

Personally, I find the process fascinating and interesting. As a noted drama geek (at least behind the scenes) throughout high school and university, this is the sort of thing that I’ve always fancied doing! 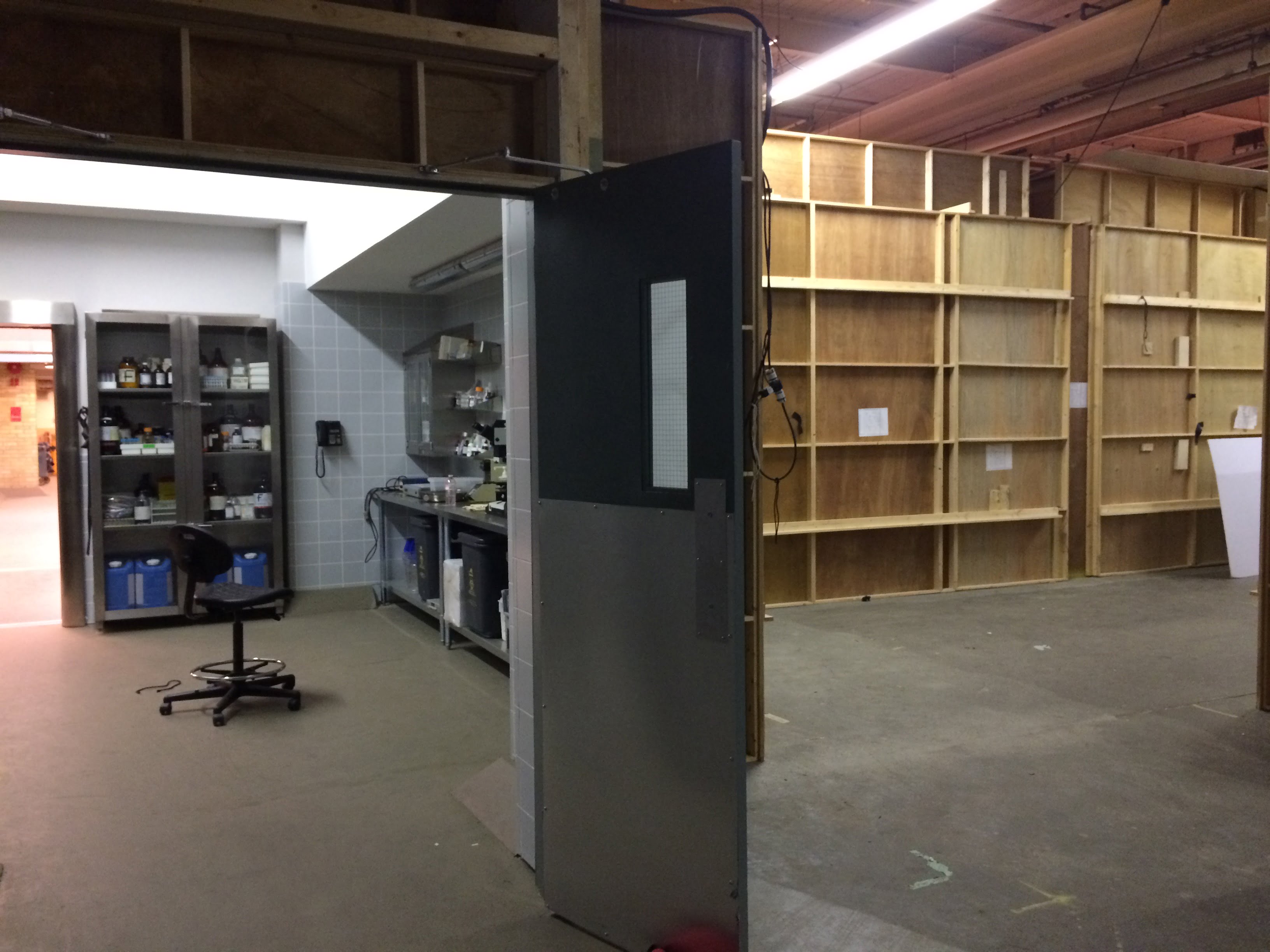 The behind the scenes view. Sets look SUPER realistic… till you go backstage!

While on set watching the actors rehearse the trauma scene, I had an epiphany about medical education and simulation. At times I have been skeptical about simulation’s role in medical education. However, during the rehearsals I realized how important rehearsing can be to help economize motion and minimize chaos. At the beginning of my visit, the scene that I watched was a rough and uncoordinated walk through on the steps. The technical consultant (Lindsay, a paramedic) was very insightful and had carefully planned out the blocking of the scene. However, even with her directing the flow, it was difficult for everyone to figure out where they should stand, where they move, where the equipment should be, etc.. After some discussions with her team (and after she kindly allowed me to provide a few insights from my personal experiences in trauma rooms), we moved on. 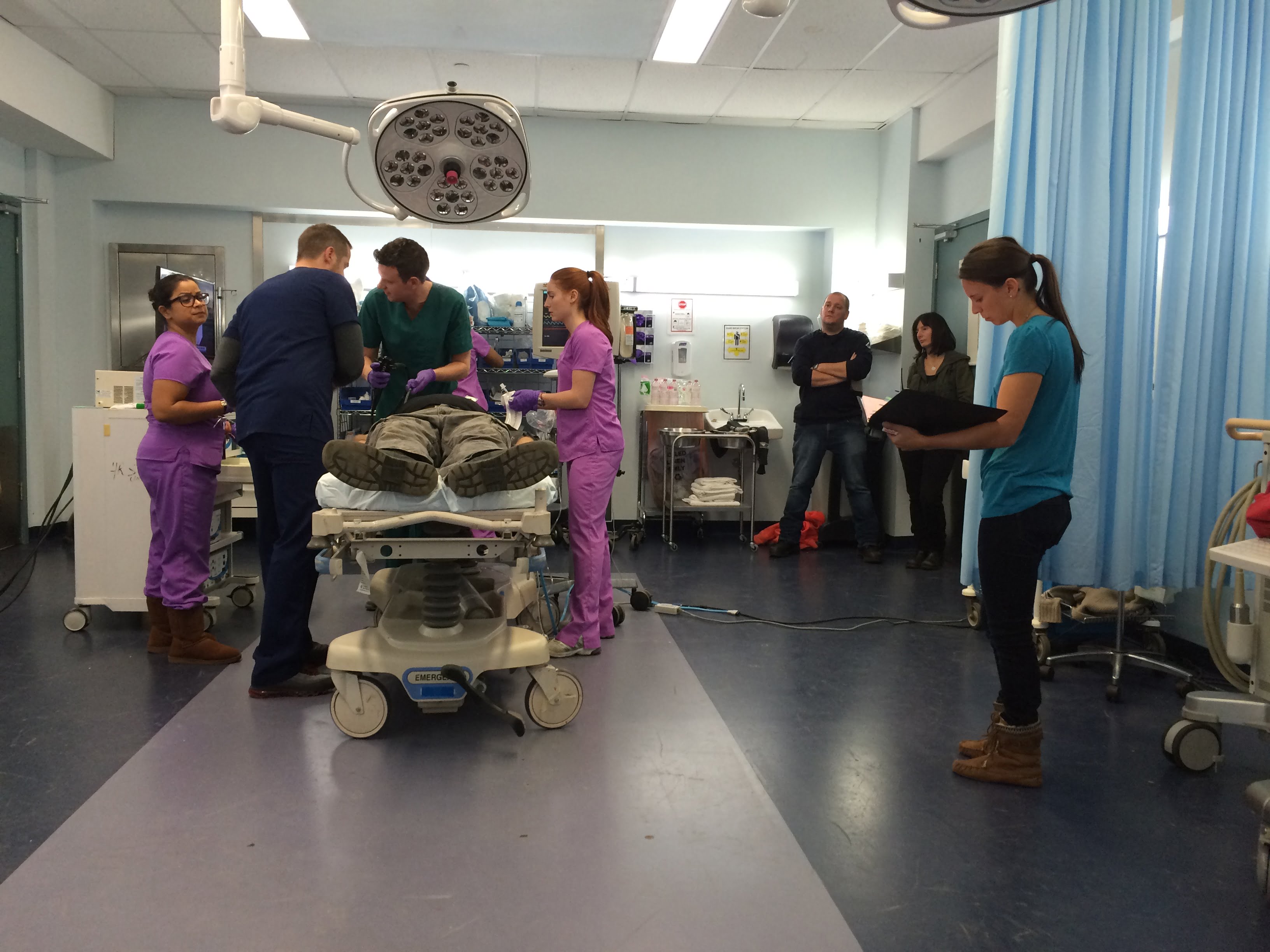 When Keri and I came back to see how the rehearsal was progressing I was astonished! The team in front of me had been transformed.  They were now a well-oiled machine that could easily pass for practitioners in any ED trauma suite. The actors now flowed around the room, anticipating everyone else’s movements and their needs…  Effectively, they worked as a high performance team!

This got me really thinking that, just maybe, our own ED teams could be doing more of this deliberate practice (a là Anders Ericsson’s model) by incorporating more in situ simulation. In Hamilton we have been doing this a lot more, but I think finding opportunities to train together repeatedly as a team is a lesson that I will take from my visit to the set of Remedy.

I would like to thank Keri, Greg, and the rest of the Remedy team for welcoming me to their team this past year. More than just a fun job, they’ve given me a lot to think about, both as a doctor and an educator, and I really have appreciated the chance to reflect about my discipline(s) with their guidance.

The season finale of Remedy Season 2 airs tomorrow, but if you’re Canadian you can watch all of the episodes here and catch up!