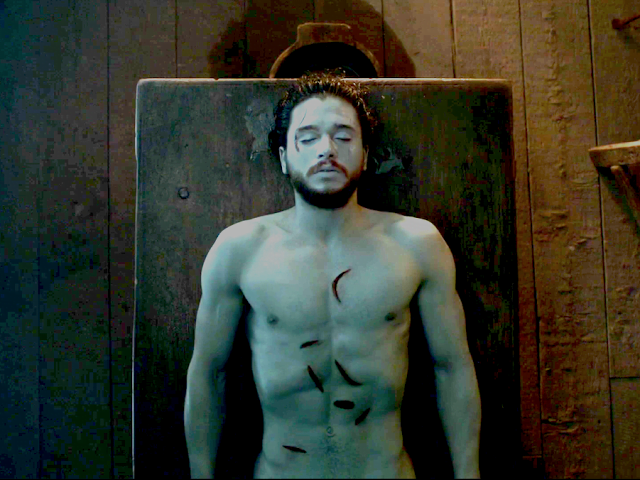 Be warned: this case report contains spoilers for Game of Thrones Season 5 and 6.

A 21-year-old man, by the name of Lord Commander Jon Snow, was discovered unconscious and unresponsive after receiving multiple stab wounds to the chest and abdomen. He was found lying supine in freezing temperature and presumed to be hypothermic. Allegedly, he was ambushed at Castle Black earlier that night by a group of subordinates who were unhappy with the recent normalization of relations with their long-time enemies, the Free Folk. Recorded footage of the assault have been obtained.

Although it was difficult to determine due to snow, it was estimated that >2L of blood was lost at scene. It was unclear whether alcohol, prescribed, or illicit drugs were involved. He was found and brought indoors by Ser Davos Seaworth just before dawn; however, treatment was not immediately started by Ser Seaworth or his compatriots due to concerns for their own safety. Examination and resuscitation were attempted after the Free Folk secured Castle Black.

On examination, the patient was unresponsive. He had penetrating injuries to the anterior of his thorax, including a 4cm stab wound in the cardiac box at the right fifth intercostal space near the midline, one 9cm crescent-shaped laceration over the left anterior chest, two 8cm stab wounds in the thoracoabdominal area at the right and left seventh rib costal margins, three stab wounds in the abdomen, of which two 5cm stab wounds were in the left paraumbilical region, and one 4cm stab wound was in the right iliac region. The exact depth of these wounds was not measured, but given the length of the blades and blood found on scene, it was assumed that they penetrated vital organs. Vital signs were absent. Laboratory tests and medical imaging were not performed. A picture of the wounds is available at the top of the article.

Treatment was attempted by Melisandre, a practitioner certified by the Lord of Light, using prayers in High Valyrian while cleaning the body and wounds with water. She cut and burned locks of the patient’s hair then washed his hair and placed her hand on his forehead. She then placed her right hand on top of his chest, her left hand over his epigastrium, and continued to pray. Although the patient was assumed to be hypothermic after being found in the cold, no attempts were made to rewarm him beyond these mystical treatments. Efforts were deemed futile and terminated after 3 minutes and 35 seconds.

The patient was presumed dead, but regained consciousness 1 minute and 35 seconds following the termination of resuscitative efforts. There were no eye witnesses apart from Ghost, his direwolf. The patient made a full recovery without memory or cognitive dysfunction, although a formal neurological examination was not performed. Despite receiving traumatic injuries incompatible with life, his physical recovery was sufficient to allow him to participate in the Battle of the Bastards later in the season.

Jon Snow demonstrated a remarkable recovery after a prolonged delay in resuscitation following a traumatic cardiac arrest (TCA). In fact, this delay is the longest of any published report with a favourable neurological outcome. In general, survival outcomes after TCA are poor with rates of approximately 7.5%.1 Location may have played an important role in his recovery as Castle Black is in the North, where “They say it grows so cold…that a man’s laughter freezes in his throat and chokes him to death.”

The role of hypothermia in traumatic cardiac arrest is complex. Hypothermia can contribute to uncontrolled hemorrhage leading to eventual circulatory arrest and death. It may also complicate the diagnosis of death, as in the case of Jon Snow. Profound hypothermia may paradoxical benefit in reducing ischemia-related damage and prolonging the time frame for successful resuscitation. In the described case, hypothermia may have mimicked death while increasing Commander Snow’s chances of survival after traumatic cardiac arrest.

There are several limitations to this case. The timing of events was not accurately recorded. A thorough clinical assessment (e.g. temperature measurement) was never performed. Moreover, Melisandre’s resuscitation practices and Jon Snow’s successful recovery could also be the result of manipulations of his fate by the Lord of Light, a topic beyond the scope of this report. Nevertheless, hypothermia in trauma is an important topic in not only the North, but the rest of the world – for “Winter is Coming”. 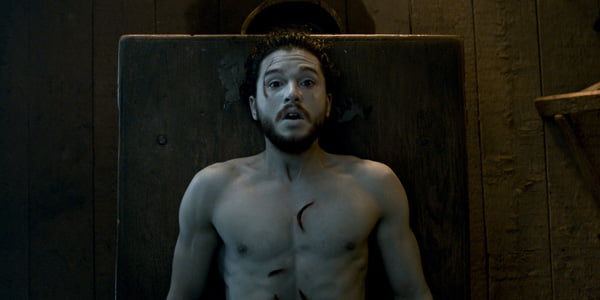 This post was copy-edited and uploaded by Sunny Johal and Alkarim Velji.