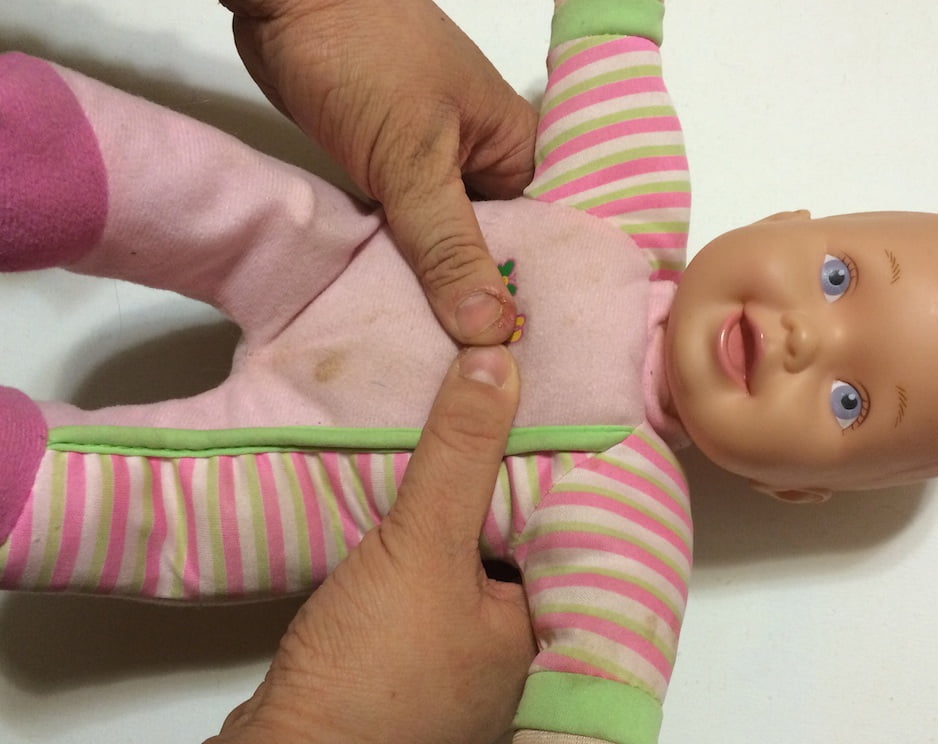 A previously healthy two month old male is brought in with no vital signs after a large aspiration. Paramedics began CPR immediately after arriving on scene ten minutes ago, but so far have not been able to get a pulse. They will arrive at the hospital shortly and the resuscitation room is ready. Boring? Far from it! But then the staff physician turns to you and asks, “What is the evidence for two thumb verses two finger chest compressions in infants?” Ok, now that’s a little more boring.

Which chest compression technique, two thumb or two finger, is the most effective for infant resuscitation with multiple rescuers in an ER setting?

There are two techniques of pediatric chest compression that are described in the literature and there has been some debate over which is superior:

The sternum is compressed with two fingers(2nd and 3rd digits or 3rd and 4th digits) using only one hand. 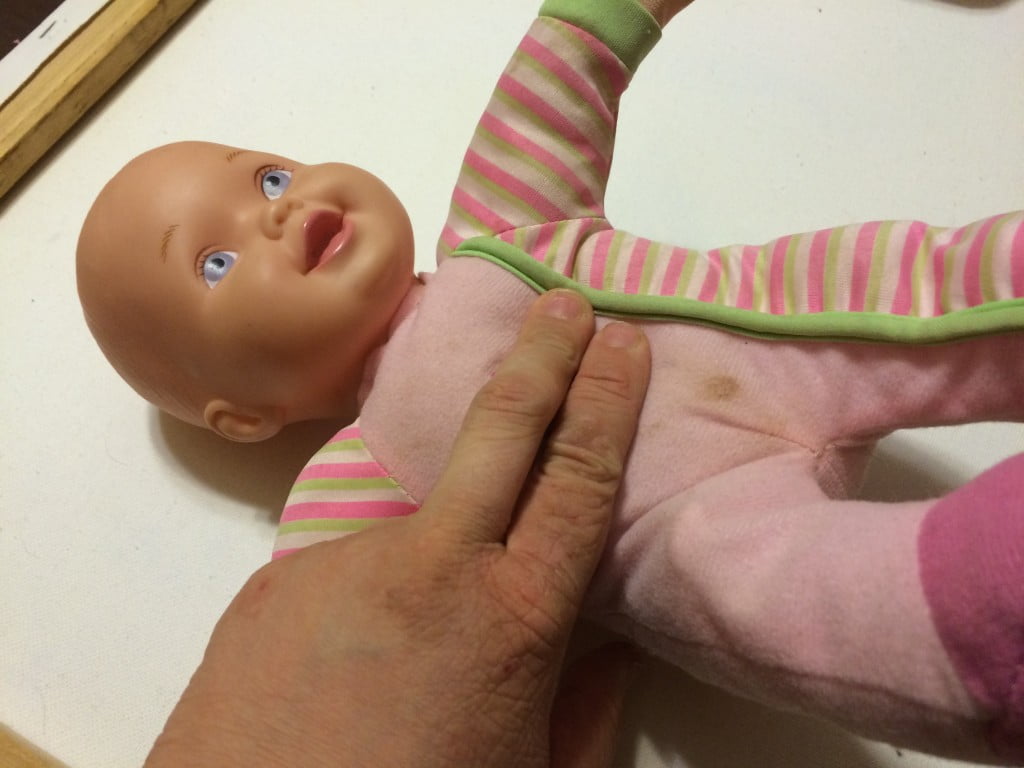 Both hands are wrapped around the chest of the infant and the thumbs are used for sternal compression. 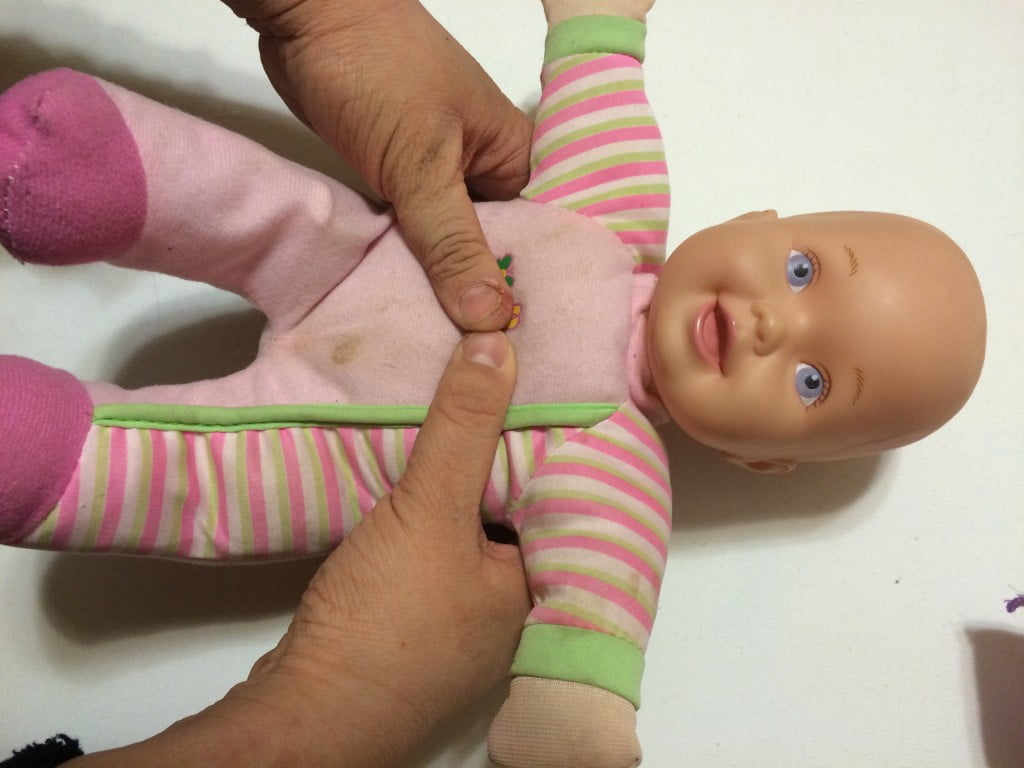 Some descriptions also endorse concurrently using the fingers to apply a circumferential squeeze.

Considering the above evidence, it is clear that the two hand encircling technique with thumbs on the centre of the thorax is superior. The ILCOR Paediatric basic and advanced life support guideline from 2010 is consistent with this evidence. It states: “The two thumb encircling hands chest compression technique with thoracic squeeze is the preferred technique for two-rescuer infant CPR.”[7] This guideline will be updated in 2015 to incorporate some of the more recent evidence discussed in this post, however, it is likely that their final recommendation will be the same.

The evidence supports the use of the two thumb technique for infant resuscitation as it has been shown to:

The added benefit of a circumferential squeeze in the two thumb model has been less well studied, but a pediatric animal model has shown promise that may further improve arterial and coronary perfusion.

Reviewing with the Staff | With Dr. Damian Roland

Its been a persistent challenge in paediatric resuscitation to work out what really works so it is pleasing to see some practical advice come forward that is evidence based and may help save a life. What is more, the recently produced ILCOR review completely corroborates the findings from this summary. Therefore the challenge now is not to debate and cogitate about potential exceptions and petty statistical inferences but to get on and make sure everyone involved in the acute care of children is aware of these conclusions. This really is a case where children should not be subject to the 17 year knowledge translation gap!