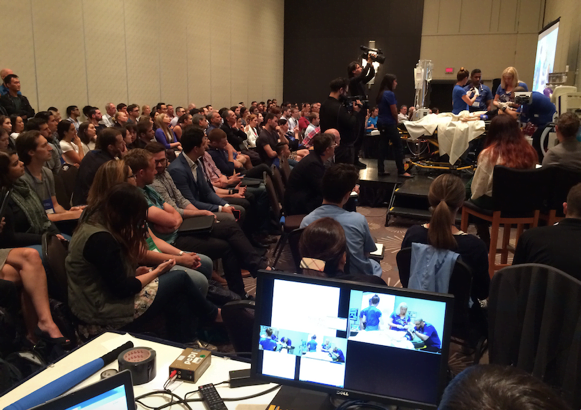 A five year-old boy is brought into your resuscitation bay by EMS after falling out of a motor-boat in the frigid waters of the St Lawrence river.  CPR was started at the scene and when he arrives he has regained a pulse but is hypotensive with a decreased level of consciousness.  Your heart races as you assemble your team and divide up responsibilities – “we need an airway assessment, vascular access, get him on the monitors, get a glucose check, and get him out of those wet clothes and start rewarming!”  Your team buzzes around the patient completing their tasks and reporting back to you.  You absorb all the information as you’re thinking three steps ahead – “let’s get airway equipment ready just in case, someone call the PICU, is he going to need ECMO?”  His frantic uncle arrives, soaking wet and shivering after trying to get the boy out of the water – he wants to help but is distracting you from your patient, so you send a nurse to tend to him.  The little boy is intubated, is receiving warmed IV fluids, has a Bair hugger on, and continuous cardiorespiratory and temperature monitoring – the situation seems stable for the moment and you pause to collect your thoughts.  As you’re preparing to make your next move, a crowd of one-hundred people break into loud applause and cheers.  You breathe a sigh of relief as you high-five your team and take a seat.

In 2012, the Canadian Association of Emergency Physicians (CAEP) implemented an inter-professional sim-based competition, the Simulation Olympiad, at their annual conference.  Since its inception, the Simulation Olympiad has been an overwhelming success for participants, organizers, and those in the audience.  The track chairs aim to promote inter-professional team training in resuscitation, highlight various scenario design and debriefing techniques, and use the track to serve as a forum to advance the discussion of simulation-based educational initiatives.

Editor’s note: This post outlines the exciting Simulation Olympiad that takes place at CAEP Annually. This post authored by Dr.’s Erin Brennan, Damon Dagnone, and Karen Woolfrey – who organize the event -highlights some of the background and educational literature behind the competition! Who will be crowned champions at this year’s event in Whistler?

High-fidelity simulation has emerged as a key component in healthcare education and provides trainees with opportunities to hone their skills in a safe environment with the option for feedback and deliberate practice (McGaghie, 2010; Motola, 2013; Mundell, 2013).  In the area of resuscitation education, simulation has been shown to benefit learners confidence, self-assessment of skills, and in bed-side assessment by supervisors (Langhan, 2009; Singer, 2013).  Beyond the value to individuals, simulation based training can have a positive impact on team performance (Capella, 2010; Hunt, 2007; Villamaria, 2008).  A recent survey of the Canadian Post-Graduate Emergency Medicine training programs found that all sixteen programs use simulation based education to some extent, although the frequency and timing is quite variable.  It was also noted that residents who participated in simulation-based education found it to be a valuable experience, particularly when there was interdisciplinary involvement (Russell, 2016).  It is evident that residents appreciate the opportunity to participate in simulation-based education, and with the impending adoption of competency based education, the role of simulation in skill development and assessment will only broaden (Hagel, 2015).

Similar inter-professional simulation competitions are run by other national organizations such as The Society in Europe for Simulation Applied to Medicine, the Society for Simulation in Healthcare, a group of pediatric residency programs in New York City, and in the United Arab Emirates.The popularity of these events does not need to be debated.  The CAEP Simulation Olympiad routinely fills the eight available spots (with several teams on a wait-list to participate) and during the competition the hundred-person conference room is filled to capacity with standing room only.

The Simulation Olympiad at CAEP

The Simulation Olympiad is an entertaining two-day single elimination competition, where inter-professional postgraduate emergency medicine (EM) teams from across the country compete against each other in standardized resuscitation scenarios.  Now in its sixth year, The Simulation Olympiad has grown in popularity and meaning.  With the support of the CAEP Executive Committee, the competition has served as a forum to promote the development and implementation of team-based resuscitation training using simulation across Canadian EM training programs.

Eight sequestered inter-professional teams of four members compete “head to head” during the preliminaries.  Each pairing of two teams completes one of four different resuscitation scenarios, followed by debriefing by expert judges.  Determination of the “winner” is an inherently difficult process as there are many effective ways to manage a given resuscitation.   A variety of methods have been used, from judge decision to audience voting and we continue to make efforts to refine this process.   On the second day of the competition, two distinct resuscitation scenarios are used to determine which of the four semi-finalist teams will advance to the Finals.  The top two teams from across Canada then compete in the last resuscitation scenario to determine the winner. 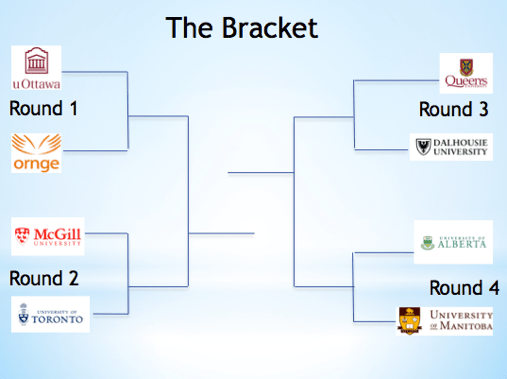 Participants in the competition register from Postgraduate EM programs from across the country.   Teams consist of four people, must be inter-professional and include at least one member from nursing, respiratory therapy, EMS, or undergraduate medical school.  All teams also have a faculty coach to guide their preparations, performance, and help with debriefing.  To date, eleven programs from across the country have participated in the competition over the last five years.

The competition is held in a new location at the CAEP conference facility each year.  The simulation venue is a large conference room with a capacity of at least one hundred audience members.  The set-up includes a high fidelity scenario manikin, a crash cart, a defibrillator, cardiac monitors, an ultrasound, IV poles, fluids, and medications, essential airway equipment, and other resuscitation supplies critical for the scenarios.

The Value of Simulation-Based Competition

In a qualitative review of the Society for Simulation in Healthcare SimWars in 2008, Dong et al identify some of the potential risks and benefits associated with simulation-based competitions.  The key risk to be aware of is the potential for competition and audiences to remove the “safe environment” which has been considered a cornerstone of simulation based education.  In their qualitative analysis they found that the majority of participants felt their psychological safety was preserved, and that this was optimized when the debriefings focused on the group as opposed to on individuals.  The participants’ responses to competition were mixed, largely depending on the individuals’ general response to competition.  This lends emphasis to the importance of voluntary participation in simulation-based competitions.  The benefits cited include adding novelty to simulation-based curriculums, as well as increasing the stress on participants for whom frequent simulation has become commonplace.  Sanko et al (2015) looked at the educational impact on the audience at simulation competitions, specifically the ability to assess team dynamics, and found that medical and nursing students developed an ability to recognize and comment on team dynamics.  They suggest that this could translate into a practice of paying attention to team performance and engaging in purposeful debriefing in the workplace. 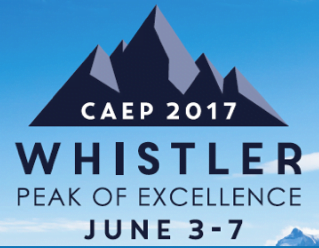 The Simulation Olympiad has established itself as a successful track at the annual CAEP conference and future efforts will be made to optimize debriefing strategies as well as to promote audience engagement and learning.  Our hope is that through involving inter-professional healthcare providers from multiple EM programs that this event will continue to serve as a catalyst for innovation, and have an impact on broadening the scope of simulation-based resuscitation education in EM training programs across the country.

If you’ll be in Whistler this June, we encourage you to come by, check it out, and cheer on your colleagues!

Erin Brennan is an emergency physician and educator at Queen's University in Kingston, ON, Canada.

Dr. J Damon Dagnone is an Associate Professor of Emergency Medicine at Queen’s University and is involved in numerous medical education initiatives. Currently he is the Medical Education Fellowship Program Director, Chair of the residency program Competence Committee, and Co-Lead of the Humanity in Healthcare inter-professional series. His main research areas include competency-based medical education, simulation-based assessment, and the medical humanities. In 2018, Damon published his first book “Finding Our Way Home: A Family’s story of life, love, and loss” about losing his son to cancer during his last year of EM residency training. When not in the ER, on ZOOM meetings, or exercising outdoors, Damon can be found enjoying his family at home & at his cottage.

Karen Woolfrey is an emergency physician and Director of the POCUS program at Western University.