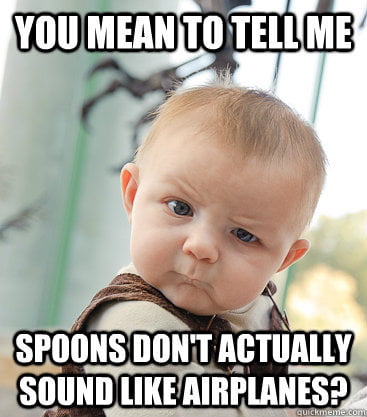 Editor’s Note:  This week we bring your the male perspective on parenting as a resident. -TChan

Let me start by saying that my life plan involved going straight through college, and like an old steam engine train, chugging straight through medical school and residency before even thinking about getting married or having children. My logical mind decided that this is what made the most sense. After all, how could I get married or raise children when I hadn’t yet finished school or had a real job? But then, barely half way through college I met a girl. An amazing person who understood me better than anyone ever had, and stuck through me during the worst years of my life. I got married to her 2 weeks after I finished college and it’s still the best decision I’ve ever made (and that includes going to medical school). I was very comfortable with waiting to have children after I was done with residency, but my wife, now a P.A., had other plans. I had the honor of delivering my little boy one month into my second year of residency.

A Male Perspective on Parenting as a Resident

Before my son was born, I approached my residency director after we had reached the second trimester about the time off for paternity leave, and without hesitation, I was granted three weeks off around the due date. My little guy came a few days early, and a generous co-worker covered my two remaining shifts. I then named my child after him due to his benevolence (just kidding). Having those precious three weeks off did wonders. I have no data to support this, but I feel that most residencies, mine included, want their residents to be happy, and spending that time at home with my wife and brand-new baby did wonders for me. Seeing this beautiful, helpless life in his first three weeks was beautiful beyond words. Now, while a majority of the time spent during paternity leave was focused on my baby and wife, a small portion of my leave was used to catch up on some of my academic endeavors. I caught up on some articles I’d been meaning to read, caught up on my favorite blogs, did some exam review, and also I went white water rafting, which was awesome.

Emergency medicine is my professional calling in life, and still get giddy with excitement when I go to work, but during those three weeks off, I didn’t miss it. Being with my little family is the reason I work, so having my job afford me this precious time made it even more valuable. When my time off was over, it was difficult to leave the family at home, but my baby was in good hands, and I am fortunate to have capable relatives live close by who could be called upon if needed.

Would I change having a child during residency? As I feel most males of my generation are, I went into this thing metaphorically kicking and screaming. It took a few years months of talking it over with my wife, but after weighing the timing, we came to a consensus and decided on when we would start trying. My initial hesitancy was largely due to the fact that I was basing my paradigm of infants on the pediatric patients I see in our E.D., and according to that, all they do is poop and vomit on you, scream and get fevers for no reason. Being in my late twenties, I had way too much stuff still to do and I figured that when I had a child, all I would be able to accomplish was go take my runny-nosed child to the ED (since that’s what young parents seem to do), baby birthday parties, and emergency diaper runs. While some of that stuff is true, I still get to do most of the things I did before having a kid, it’s just now I do it more efficiently. Also, I have a kid with half of my DNA, and the other half DNA of the woman I love… And most importantly, he gets happy when I hold him. It’s a feeling that has no equal when comparing all the emotions I’ve felt up until this point. Had I known this is what it would be like, I would’ve done this sooner.

I mentioned a few sentences ago that I still do the things I did before having a child, but it’s definitely not exactly the same as it was before. I’m definitely much more efficient with my time compared to before. Now, there’s less Reddit and Facebook time, I have to read my articles while I’m in the bathroom, and write (as I am for this article) after my kid goes to sleep since he seems to be utterly fascinated by my laptop, and I can’t get work done when he’s awake. Aside from realizing I need less sleep than I thought I did, being a new dad affords me something that I didn’t have before, and it’s more empathy for my patients who are parents, and an improved ability to focus more in the important aspects of life.

The best bit of advice I can give would be that the best time to have a kid is when you and your significant other ready for one. If your relationship is going through a weird phase, or still have some things to hammer out, adding the stress of a child will likely break it. Sure, I just got through saying how amazing it is, but it would be different if on top of a screaming baby with poop that somehow made it to his neck I also had relationship issues to deal with. Raising a tiny human without a united front is like trying to manage a septic crashing patient without your co-physicians, nurses, RT’s and techs helping you. You might pull it off, but there’s a much higher propensity for success with a team.

For me, this narrative touches on two important themes. First is understanding the decision to have a child during your training and the impacts (both amazing and challenging) that decision might have on you, your partner and your training and second, it outlines some great strategies to help manage your time when you do have a little one you’re responsible for.