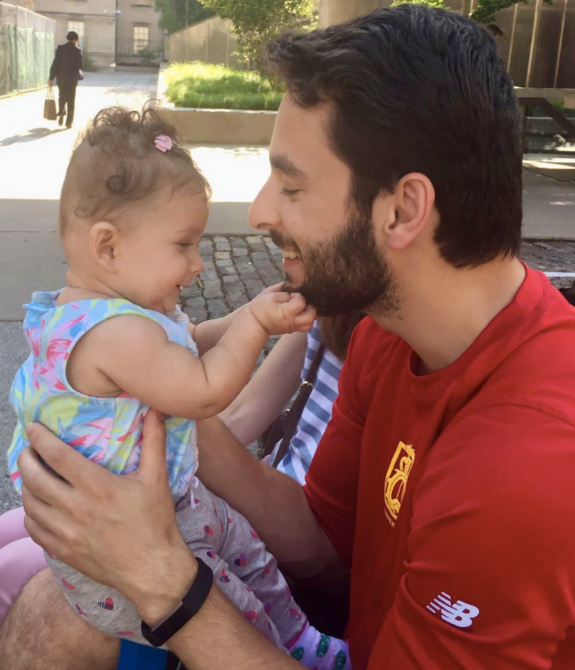 This post describes how an EM resident’s perception of wellness takes a turn after he recognizes the symptoms of burnout in himself. It was submitted as part of EM Wellness Week.

​Honestly, I’m not really into this “wellness” stuff. I don’t get it. I like what I do – yes, it’s hard, but it’s worth it. All I hear from the “wellness” crowd is talk about burnout, depression, failure, errors, quitting, crying, etc., etc.  Does anyone still like this job?

​That’s what I might have said last July, when I was fresh into my residency and busy picking up every teaching pearl and academic opportunity I could find. Of course, I procrastinate like everyone else, but once I isolate myself in a coffee shop and start working on a project, I usually wonder why I had been avoiding it – it never takes as much time or effort as I had anticipated. Thus, my solution to work-related stress, whether clinical or not, has often been to stop thinking about it and just get started. And that worked well … until it didn’t.

​I thought the first half of PGY1 would be a blast – I was starting with three Emergency Medicine (EM) rotations, followed by several “lighter” ones (you know the ones…). Up until October, I was right. 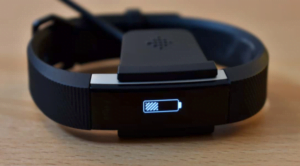 Getting to practice EM, after years of admiring those who did, was incredible! On my next few rotations, I planned to use my free time to build up my core EM knowledge by flying through books, articles, blogs, and podcast I had saved up; except that didn’t happen. I also planned to work on several projects, but those also went nowhere. Additionally (of course), I was going to restart my med school workout routine, while finally making sleep a priority. Well, I definitely slept more, 7-8 hours each night plus a daily nap daily after work – the most sleep I’d gotten since high school – but I never felt rested. My Nespresso cups were disappearing, my to-do list got longer, and my “days without exercise” record kept rising. I even stopped wearing my Fitbit.

Now, if there is anything you need to know about me, it’s that I never lose a Fitbit challenge. I’ve gone running in -20C, on a Sunday night, on a full stomach, in order to beat a friend’s step count. If he had known that I was not wearing my Fitbit, he would have known that something was up. But he did not know, because at that time, despite all my free time, I was not feeling particularly social. Probably just the lack of sunlight, I told myself.

Soon after, a family member made a simple comment about how many shows I seemed to watch, and that struck me as odd. I had not owned a TV or watched Netflix in over 4 years, and now I had unwittingly become an expert on Frank Underwood, Westeros, Schmidt, Demogorgons, and European football (i.e. soccer). I can’t say I regretted watching these masterpieces (that’s right, even New Girl), but I was not particularly happy watching them. Most of the time that my eyes were on the screen, my mind was busy worrying about the work I was neglecting. 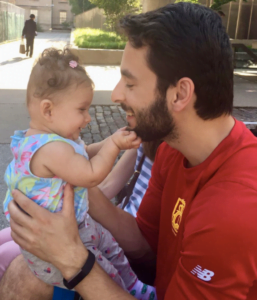 Then the final straw: February 2, my niece’s first birthday. Exactly one year before, the day she was born in Toronto, I was literally across the country, in Vancouver, preparing for my last (trigger alert…) CaRMS interview. I had regretted being away during that time, but recognized the necessity of it.

I had told myself, however, that once I started residency program, family would always come first. And they had – I had seen my niece almost every weekend from July to February, but I had no idea how she had gotten to be 1 year old. Sure, “they grow up so fast”, and so on and so forth. Still, that sense of missing out remained. I decided something had to change, and so I took a break! That’s right: light rotations, minimal work, watching Netflix … and then a break.

​I’m glad I did though. My “break” came in the form of a non-clinical elective rotation, which surprised most of my colleagues (“Not ICU??”). Obviously, I worked during this elective – free time is not my definition of a break (see previous paragraphs) – but the time away from hospitals, patients, textbooks, and projects gave me time to think, to actually sit and reflect (woah…), on what I was feeling.

There was no epiphany, but with time and retrospection, I thought to myself: maybe this is how burnout feels. I don’t know, I have never had it before, and I am not sure if I have had it now. On the other hand, I definitely have never slept so much and still felt so tired, or felt so unmotivated, especially after listening to Tony Robbins or Lewis Howes. 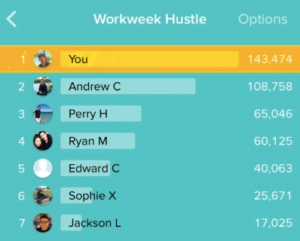 ​Clearly something had to change. For me, that non-clinical elective was ideal. It provided a short break from patient care and just enough time to re-build some healthy habits. During that time, I also attended (hesitantly) a few “wellness” sessions and discovered things like the Calm app, Saje roll-ons, and the benefits of a grayscale smartphone screen. Nothing magic, but I liked that. I didn’t have to become a “wellness” advocate to appreciate bird sounds and fruity smells. I could just enjoy them and move on.

Most importantly, however, I felt a renewed sense of purpose and desire to return to the clinical setting.

Are things perfect now? Have I found inner peace? Do I read Rosen’s in a cross-legged position on the shores of an empty beach? No. I just wrote this to reflect, to try something I’m skeptical about, to be vulnerable for a moment, and to possibly encourage you to do the same. There was no tragedy or major revelation here, and no one has commented on how radiant I look now (unfortunately). But Fitbit knows that something has changed. Fitbit always knows.

Gerhard Dashi is a PGY1 in Emergency Medicine at the University of Toronto. Having just read “Kitchen Confidential”, he now self-identifies as the “Anthony Bourdain of Wellness”: blunt, disgruntled, refusing to conform with the field, but still willing to accept all of it’s benefits. Especially a travel deal.

Gerhard Dashi is an Emergency Medicine at the University of Toronto. Having just read “Kitchen Confidential”, he now self-identifies as the “Anthony Bourdain of Wellness”: blunt, disgruntled, refusing to conform with the field, but still willing to accept all of it’s benefits. Especially a travel deal.