This episode of CRACKCast covers Rosen’s chapter 84, Hypertension. Often thought to be a problem better handled by family physicians, hypertension is a frequent encounter in the ED where decision making between intervening and doing nothing is often the main hurdle.

Here are some secondary causes: 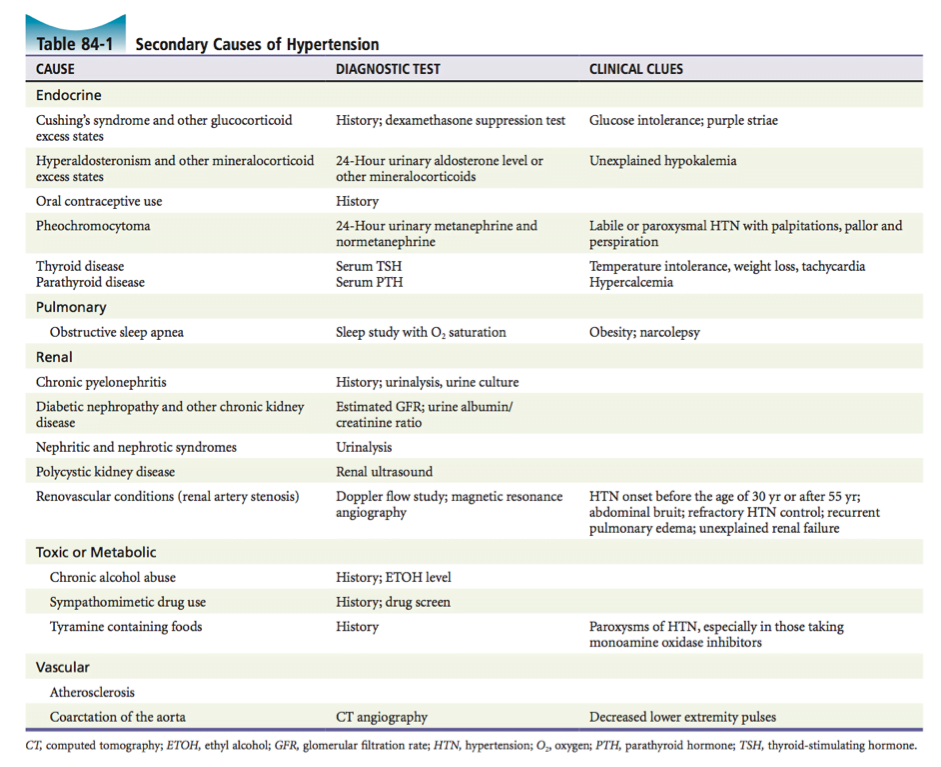 [3] What is the pathophysiology of target-organ damage?

[4] How does hypertensive encephalopathy occur?

THIS IS A TRUE EMERGENCY!!!!

NET RESULTS: Diffuse vasogenic cerebral edema. You worry about exploding heads with shifting Na too fast, this is the same thing in the end. Don’t let your patient’s heads blow up in front of you…(to exaggerate!)

[5] List 6 hypertensive emergencies; their management goals; the optimal agents for BP control and any relevant caveats 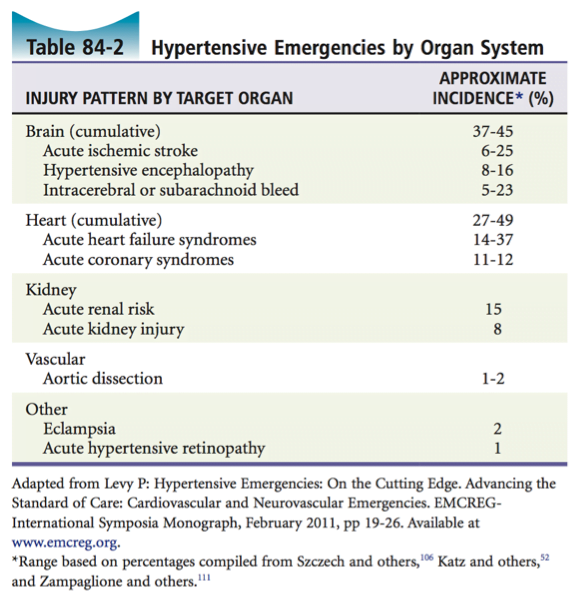 Next the meat and potatoes: 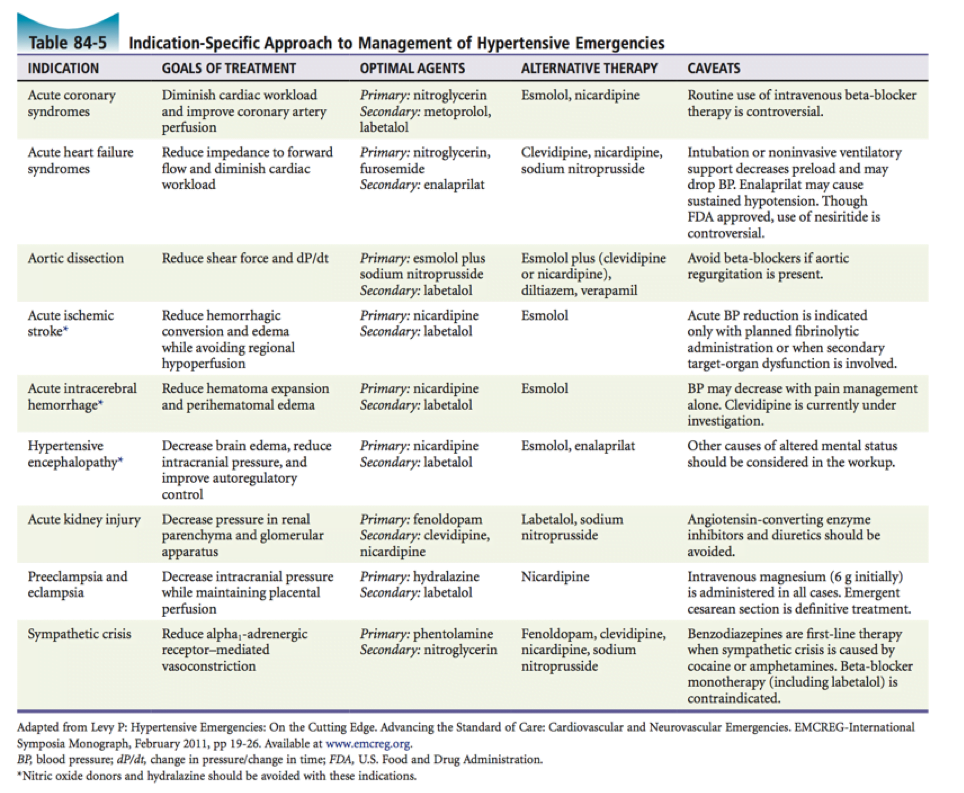 A little more about ER diagnostics in the hypertensive patient (depending on clinical suspicions):

Goal of this testing is to help further evaluation and future patient management.

[6] List five intravenous antihypertensive medications and their mechanism of action. 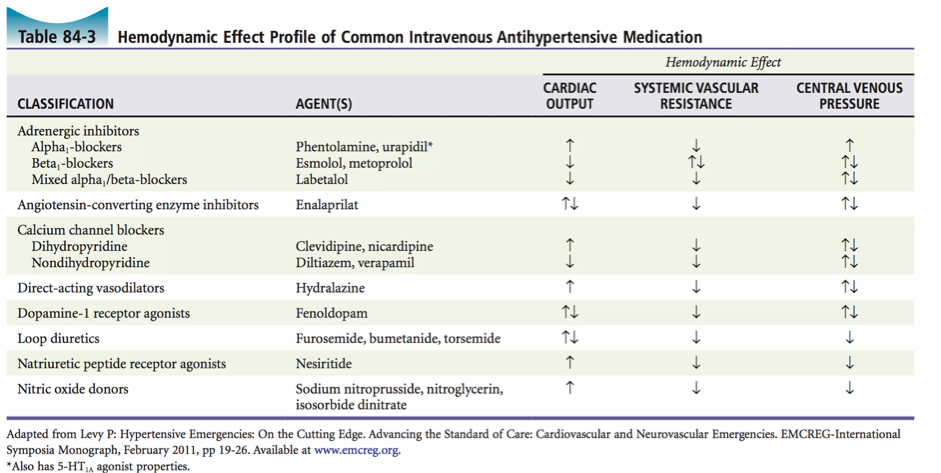 However, quote from Rosen’s : “Acute BP reduction in the ED provides absolutely no benefit to patients with chronic HTN and exposes them to unnecessary risk of potential hypoperfusion in regions where blood flow has been governed by long-standing autoregulation.”

If non-compliant with meds: restart them. Arrange F/U.

Wisecracks – What are the management targets / indications for treatment in the following patients:

[2] 58 yo female with acute ischemic stroke

[6] 57 yo male with aortic dissection

Check out this great EMCases post here –> As they put it: