This episode of CRACKCast covers Rosen’s Chapter 72, Otolaryngology. As a broad discipline, there are many common ENT presentations seen daily in the Emergency Department and a solid approach.

Otitis Media with effusion is effusion WITHOUT signs and symptoms of infection. Also described as serous, non-suppurative, or secretory OM.

[2] Describe the diagnosis and treatment of Otitis Media 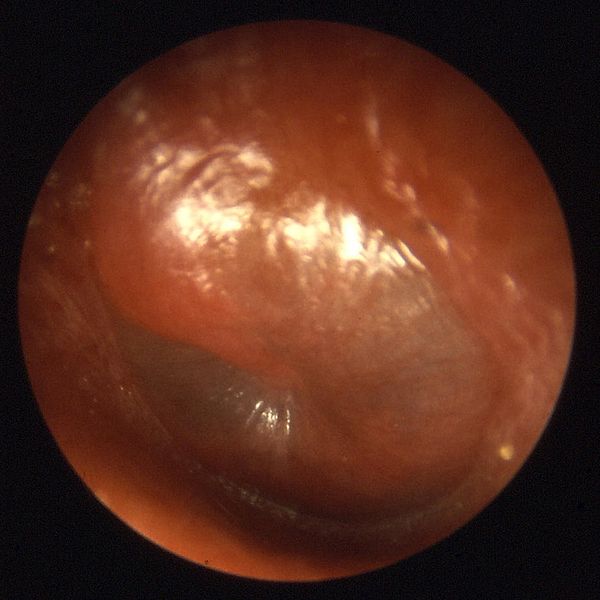 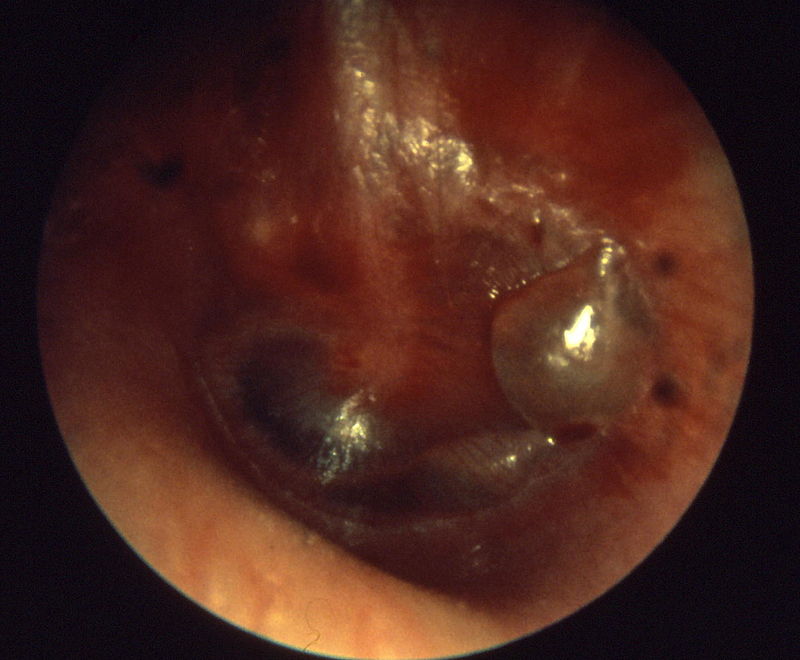 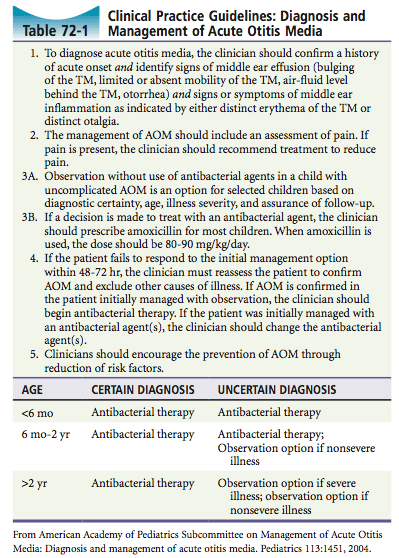 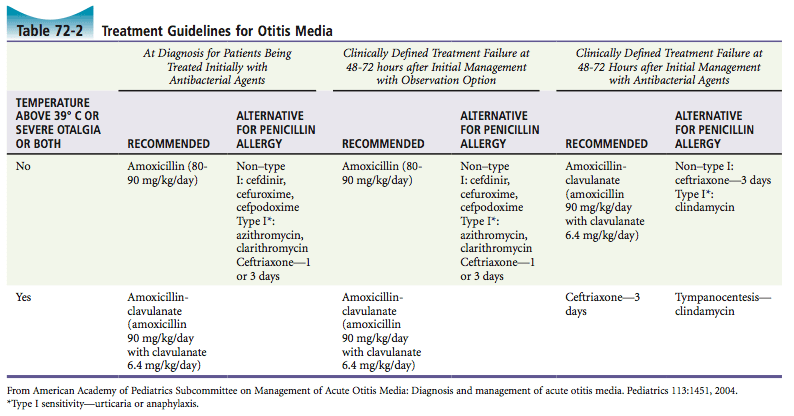 [3] What are the complications of Otitis Media?

[4] Describe the diagnosis and treatment of Otitis Externa?

Spectrum of disease: think cellulitis of the external auditory canal. Most likely causative agents include Pseudomonas and S. Aureus, but it can be polymicrobial (Swimmer’s ear is a form of OE).

== This is different from malignant otitis externa ==

[5] What is Ramsay Hunt Syndrome? How is it treated?

This is Herpes zoster oticus. Think viral infection of the auricle. Classic reactivation of VZV in 8th cranial nerve, can lead to hearing and vestibular problems. Can involve the facial nerve (CN 7) leading to facial paralysis. Thought to be worse than Bell’s palsy from HSV. 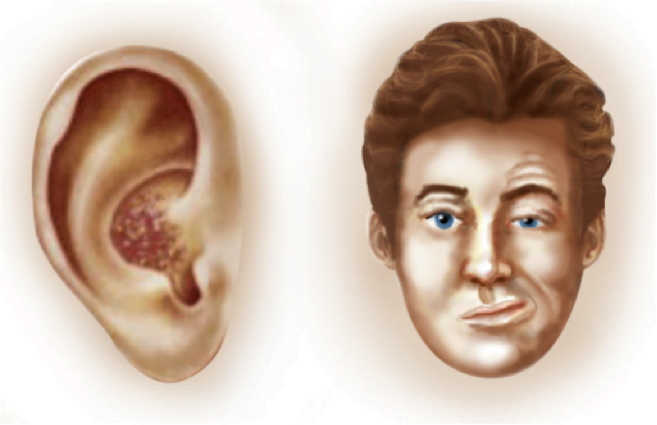 [6] Describe your approach to sudden hearing loss? How is it treated?

Here we are worried about sudden sensorineural hearing loss (SSNHL). Usually idiopathic hearing loss of >30db. This is an ENT emergency! Usually seen is 40s-50s, male:female.

Weber: In the Weber test a vibrating tuning fork (Typically 256 Hz or 512 Hz used for Weber vibration test; 512 Hz used for Rinne hearing test) is placed in the middle of the forehead, above the upper lip under the nose over the teeth, or on top of the head equidistant from the patient’s ears on top of thin skin in contact with the bone. The patient is asked to report in which ear the sound is heard louder. A normal weber test has a patient reporting the sound heard equally in both sides. In an affected patient, if the defective ear hears the Weber tuning fork louder, the finding indicates a conductive hearing loss in the defective ear. In an affected patient, if the normal ear hears the tuning fork sound better, there is sensorineural hearing loss on the other (defective) ear.

Normal Hearing: Air conduction should be greater than bone conduction and so the patient should be able to hear the tuning fork next to the pinna (outer ear) after they can no longer hear it when held against the mastoid.

Treatment: Mainstay but unsupported by literature is antivirals and steroids.

Other treatments with mixed results include:

[8] Describe your approach to treatment epistaxis

ABCs: resuscitate early. Make sure you document vitals and use of anti-platelets and anticoagulants! 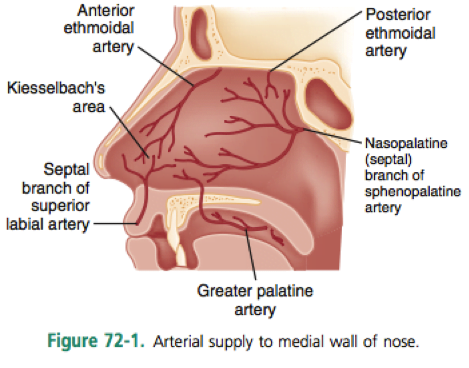 [9] What is the differential diagnosis of neck masses? 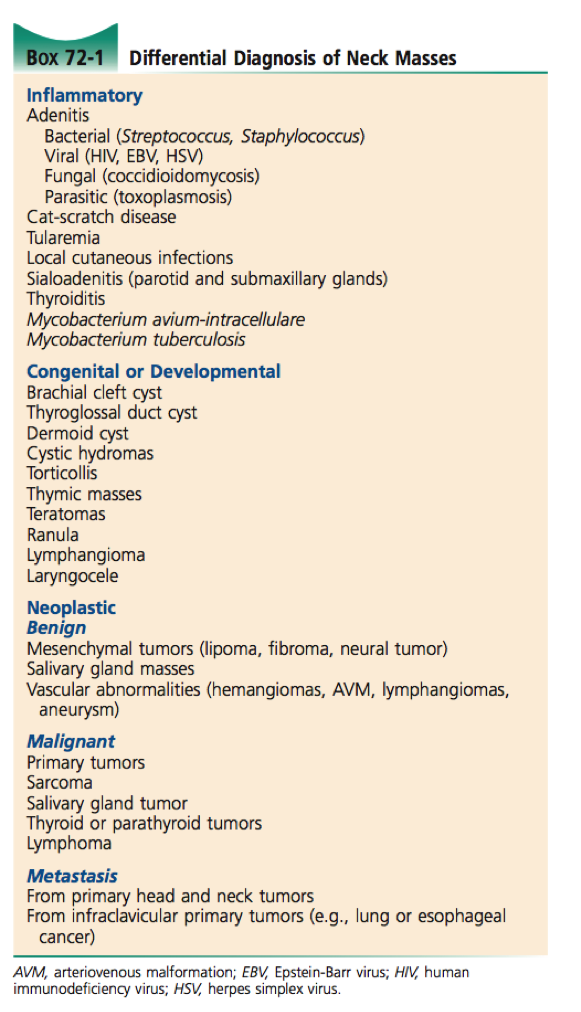 [10] What is sialolithiasis? How is it treated?

Stone in a salivary gland: 85-90% of cases involve the submandibular gland: less common is parotid or sublingual.

Clinical exam with palpation is the mainstay, can CT and U/S for supportive imaging and characterize size and location of stone.

ENT F/U important immediately if stone cannot be removed in ED, or within 4-5 days if it can be.