This episode of CRACKCast covers Rosen’s Chapter 048, Peripheral Vascular Trauma. These injuries can still carry a high morbidity and mortality rating, though advances in our ability to intervene now make it even more important to identify the injury in the emergency department.

Occlusive = all perfusion is lost

Non-occlusive = some residual flow is preserved

*a true aneurysm contains all three layers of the vessel

2) What are the hard and soft signs of peripheral vascular injury?

3) What are maximum cold and warm ischemia times?

Warm ischemia = no specific measures to cool a limb with compromised blood flow (i.e. the limb is at room temperature).

Cold ischemia = cooling the affected limb to just above freezing

4) How are vascular injuries diagnosed in the ED? List 5 investigations that assist in the diagnosis of peripheral vascular injury other than PEX?

Histoet and physical combined are 92% sensitive and 95% specific for appropriate triage into surgery, imaging and observation (except for GSW and blast injuries).

5) How do you measure the arterial pressure index (API)? What is an abnormal result?

Think of the API as: “the injured limb is what we care about, so its the “top!” Priority and therefore the injured leg systolic pressure is the numerator (on “top”) divided by the uninjured limb.

6) How are vascular injuries managed in the ED? 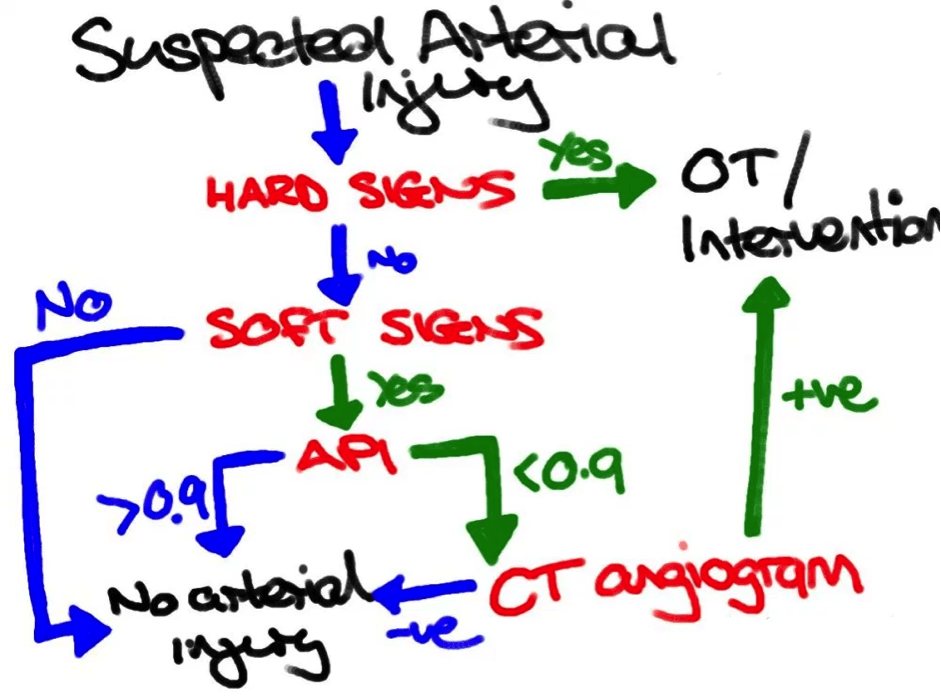 2) Name all the main branches of arterial vessels in the upper and lower extremity? 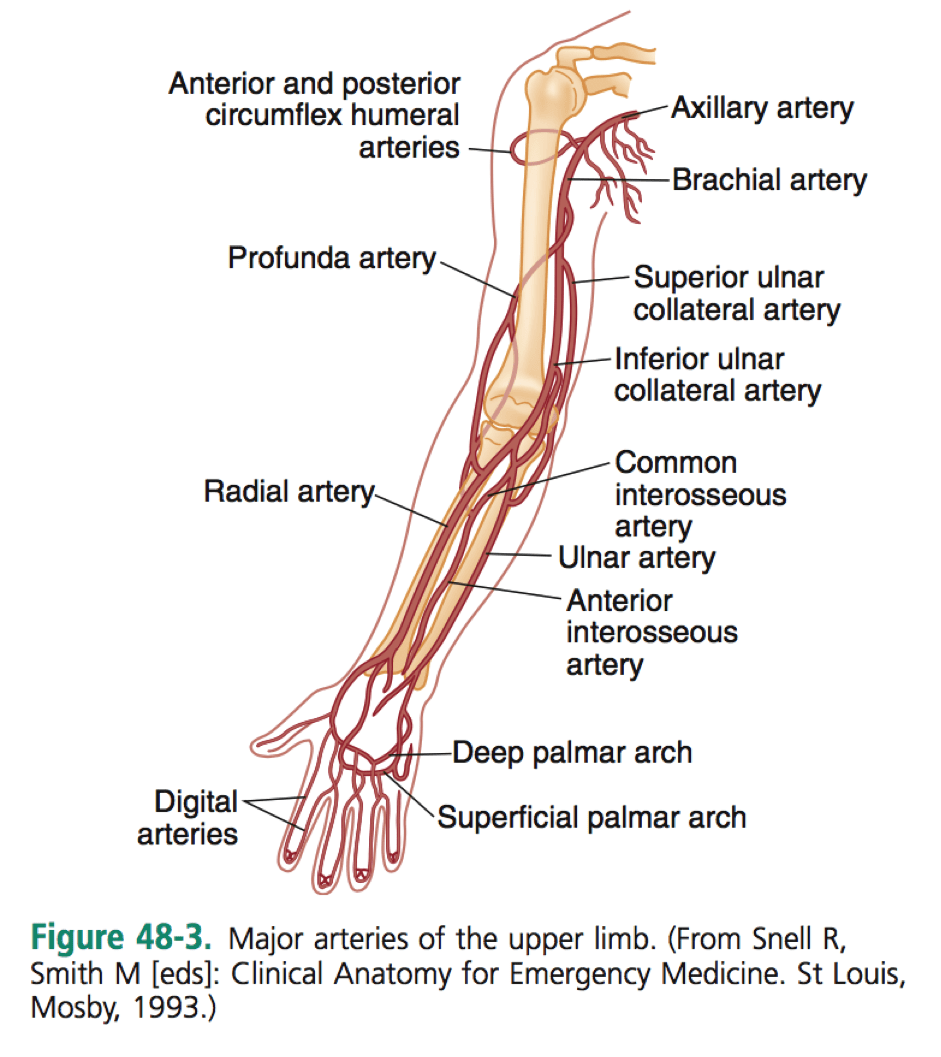 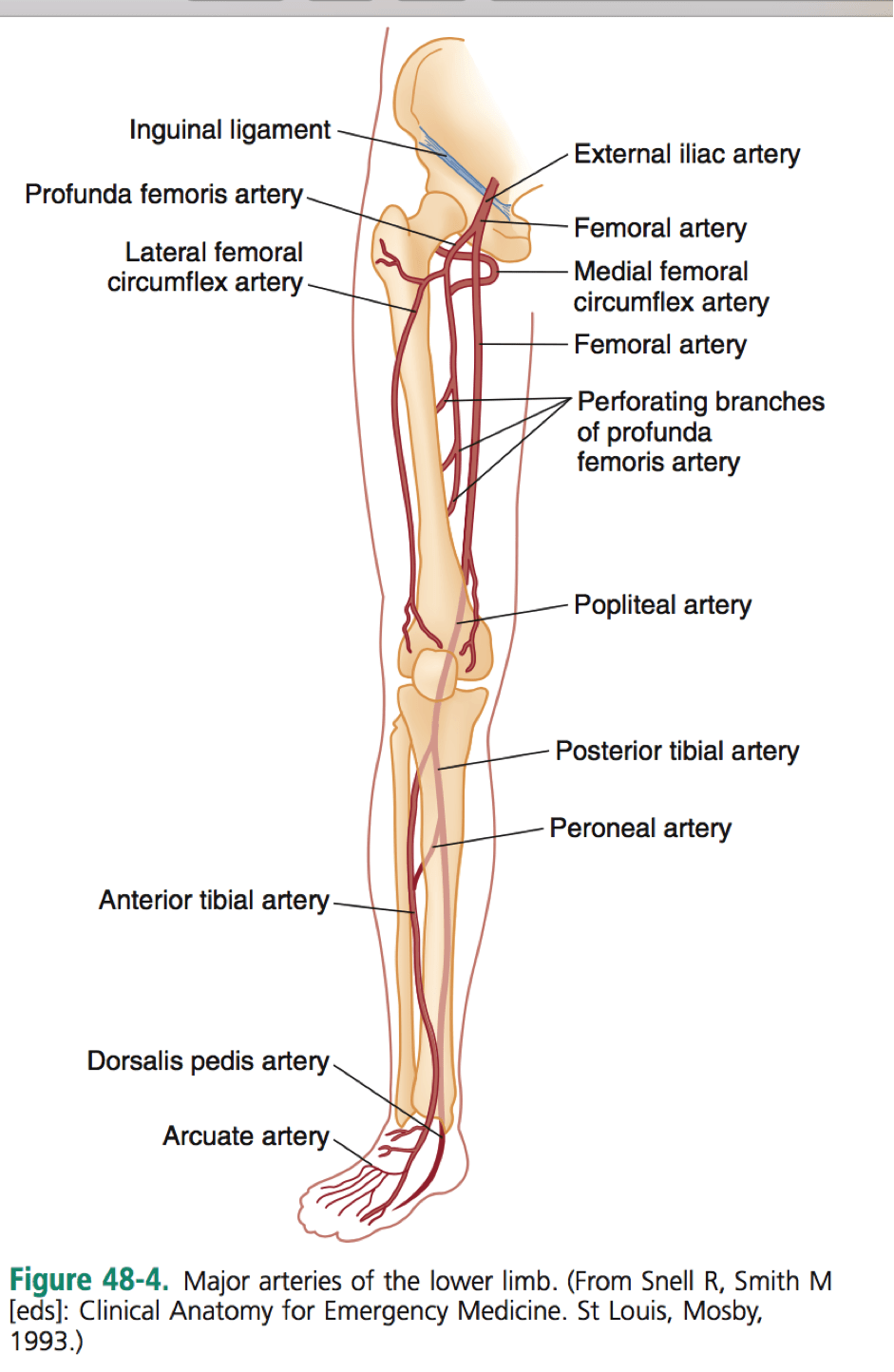 3) Which vessel in the upper extremity is most commonly injured? In the lower extremity?