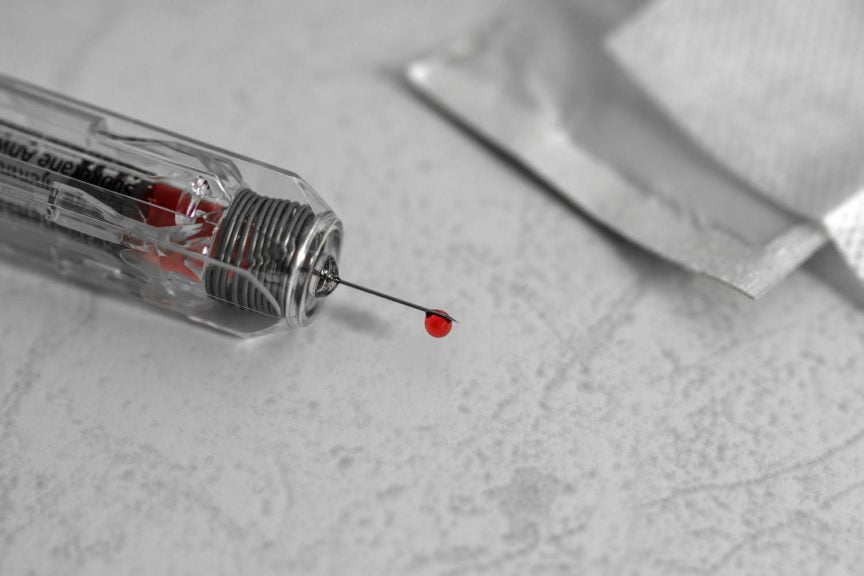 A 68-year-old woman presents with palpitations, feeling generally unwell for three days. She denies any chest pain, shortness of breath, or lightheadedness. Past medical history includes hypertension, dyslipidemia, and osteoarthritis with no history of dysrhythmia. Her heart rate is 125 and her remaining vital signs are normal. Her pulse is irregular and her physical exam is otherwise unremarkable. ECG shows atrial fibrillation.

You slow her heart rate using diltiazem. Your workup reveals no sinister causes or complications of her atrial fibrillation. You calculate her CHA2DS2-VASc score to be 3 and talk to the patient about starting stroke prophylaxis. She tells you, “my friend’s husband was put on apixaban and died from bleeding in his brain. Which option gives me the lowest risk of death from bleeding?”

What are the mortality outcomes in patients taking DOACs vs. warfarin for nonvalvular atrial fibrillation (NVAF) and venous thromboembolism (VTE)?

Oral anticoagulation is used for treatment of VTE and in stroke prevention for patients with NVAF. Direct oral anticoagulants (DOACs) are now prescribed more often than warfarin for a number of reasons, including fewer drug interactions, fixed dosing, and lack of monitoring.

The most concerning risk of anticoagulant medications is bleeding, particularly intracranial bleeding. The rate of fatal bleeding is very low.1 A recent systematic review and meta-analysis has estimated the case fatality from bleeding on the DOACs.2

8/13 studies were considered high quality based on the Cochrane Rik of Bias tool.

In terms of secondary outcomes, risk of cardiovascular mortality and all-cause mortality were also lower in patients taking DOACs.

There are some important limitations to this review. The authors chose to pool patients with NVAF and VTE. Patients with NVAF are typically older with more comorbidities than those with VTE. The significant difference found in primary outcomes, for which no subgroup analysis was done, may be driven by one of these patient populations.

This review consists of industry sponsored trials which likely allow for closer INR monitoring for patients on warfarin than occurs in practice. As such, the mortality outcomes for patients taking warfarin may be underestimated.

DOACs have a lower case fatality rate with major bleeding, lower cardiovascular mortality, and lower all-cause mortality than warfarin in this analysis combining phase-3 studies of NVAF and VTE. Patients who bleed taking DOACs are less likely to die than those who bleed taking warfarin. Patients being started on an oral anticoagulant in the ED should be properly informed of the bleeding risks. Overall, this study adds to mounting evidence that, when starting patients in the ED on anticoagulation, DOACs should be considered first line ahead of warfarin in the absence of valvular AF, significant renal impairment, and cost issues.

You discuss the different options for oral anticoagulants with your patient and inform her as to their safety profiles. You review your list of contraindications to DOACs and confirm that she has none. You suggest starting her on rivaroxaban and she agrees. You write a prescription for rivaroxaban and diltiazem and arrange outpatient follow up for her.

Patients gain knowledge about drugs in many ways. When I tell a patient I would like to start them on an anticoagulant, the reactions are varied. Many of my Canadian patients watch American television and are aware of several contemporary US law suits focusing on DOAC bleeding complications. I have been told by different patients that they don’t want to be prescribed rivaroxaban (Xarelto), dabigatran (Pradaxa) or apixaban (Eliquis) because they believe these are dangerous drugs which should never be taken. I am also told by patients they do not want to be prescribed warfarin as this is ‘rat poison’.

This systematic review allows me to tell patients that not only do the DOACs cause less intracranial bleeding than warfarin, but when bleeding occurs, patients do better on DOACs. This is true, even though there is no reversal agent for apixaban or edoxaban. Emergency physicians should have no hesitation in prescribing DOACs over warfarin.