This episode of CRACKCast covers Rosen’s Chapter 92 for the 8th Edition (Chapter 82 9th Edition), Small Intestine. This chapter covers the various pathologies, diagnoses and treatments of the Small Intestine.

Mortality for small bowel obstruction used to be around 60%, but is now in the 8% range!

Let’s quickly talk through the classification systems; there are at least four categories of SBO.

Question 2) What are potential etiologies of mechanical small bowel obstruction?

External = compress the gut from the outside, preventing peristalsis

Internal = something stuck inside!

We’ll mention the HAMMER a NAIL mnemonic in the wisecracks!

Question 4) List 5 lab tests useful in the diagnosis of SBO. What findings are expected on AXR? On CT?

This is a trick question….or one from the old edition. The 9th Ed. of Rosen’s only lists two lab tests that can be used. An elevated serum lactate and CPK – can suggest a bowel obstruction with strangulation if its late in the disease process. So, add these tests on if you’re at all suspicious – but know that a normal level won’t rule the disease out! WBC, HCT, creatinine and others aren’t even mentioned! (but may suggest a degree of dehydration).

CT:  This is the GOLD standard diagnostic test

From Radiopaedia, features on CT may include:

Closed-loop obstructions are diagnosed when a bowel loop of variable length is occluded at two adjacent points along its course. May be partial or complete with characteristic features:

Strangulation is defined as closed-loop obstruction associated with intestinal ischaemia. Mainly seen when the diagnosis is delayed (up to 10% of small bowel obstructions) and associated with high mortality. Features are non-specific and include:

Question 6) What are the potential complications of a small bowel obstruction?

Question 7) List the 4 primary types of mesenteric ischemia. For each describe 4 associated factors/etiologies.

Remember that patients can have chronic mesenteric ischemia, and intestinal angina post-prandially, but here we’re talking about AMI!

Rare, but devastating!!! Mortality remains 60-80%. By 6 hours of ischemic time to the small bowel, transmural necrosis is complete

All these lesions are out to get the jejunum!

CT abdo/pelvis with IV contrast is the most utilised, but mesenteric angiography is the GOLD STANDARD! Duplex U/S is not widely used due to inability to image past proximal vessel or rule out bowel infarction. 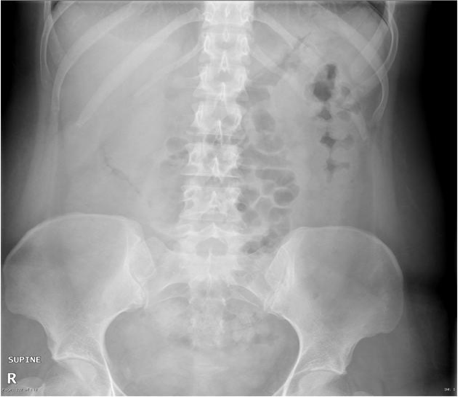 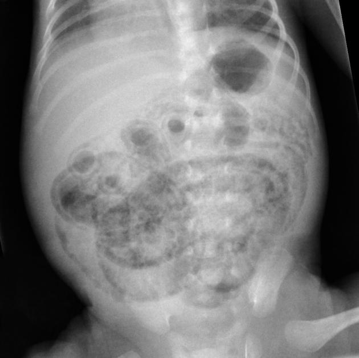 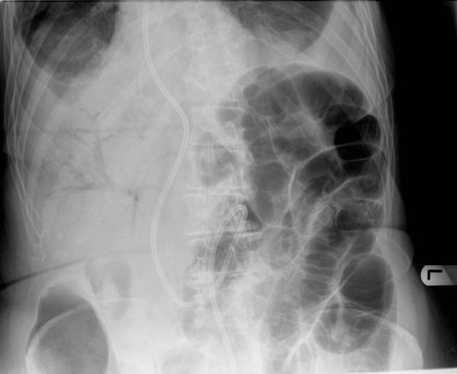 Question 10) What is the management approach for the different types of mesenteric ischemia?

Question 1) What is an adynamic ileus? List at least 5 causes.

Remember Rosen’s in Perspective? This is another name for neurogenic / functional obstruction:

Here’s a mnemonic: HAMMER a NAIL:

Question 2) Which patients with SBO should receive antibiotics?

“There is no convincing evidence to recommend the empirical use of antibiotics for the nonoperative management of a simple SBO.  In patients in whom surgical exploration is planned or perforation is suspected, antibiotics are recommended and should provide coverage against the gram-negative and anaerobic organisms that colonize the intestinal tract (eg. a second-generation cephalosporin such as cefuroxime, 1000 mg IV tid, or a broadspectrum carbapenem such as meropenem, 1000 mg IV tid).” – UpToDate 2017

Question 3) What are the 3 arteries supplying the GI tract? Which is the most common culprit in acute mesenteric ischemia?

This post was uploaded and copyedited by Andrew Guy (@andrew_s_guy)