It’s not spoken about openly, and every single patient would like to believe that his/her care will be perfect in its execution, every single time. Yet deep down we all know the ugly truth: physicians are human beings, and are guaranteed to make mistakes. 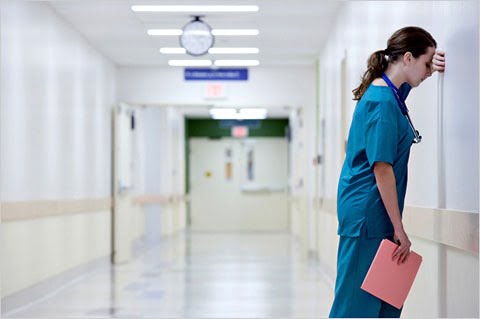 Wayne Gretzky had an overall NHL shot % of only 17.57, and is widely recognized as the greatest hockey player ever. Barry Bonds had a batting average of .298 over his 22 year career (which translates to striking out 1539 times at the plate), and still topped the list as one of the greatest baseball batters in the history of the sport. Michael Jordan turned over the basketball to the other team 2924 times in his career, before retiring as one of the greatest sport legends who ever lived. Tiger Woods managed to hit the fairway only 59.83% of the time off the tee in 2007, and was still the number one ranked golfer in the world that year.

Imagine a surgeon who only safely performed an appendectomy 65% of the time. Or a physician misdiagnosing and killing 2000 patients over the course of a career. The public expects – no, demands – a batting average of 1.000 when it comes to healthcare … But is it realistic? What is reality?

The answer is: we don’t really know. It wasn’t until the turn of the century that concrete studies on medical error rates were published (see: To Err is Human), which suggested that as many as 98,000 deaths a year were due to medical errors in the United States alone. How did the medical profession, let alone the public, not know this? Or perhaps we did…we just did not have the right attitude nor the right tools to tackle the problem.

Medical education has traditionally been a strenuous apprenticeship; young physicians spend countless hours studying physiology, pharmacology, and procedures, followed by years of rigorous practice under the tutelage of attending experts. Physicians are thus taught that if we mastered it all, we too will be the experts – making the correct diagnosis and performing that flawless procedure every single time.

But no matter how much one practices, it still doesn’t make perfect. One could argue the top competitive athletes in any sport practice their art just as much, if not more, than doctors. The biggest difference? Successful athletes focus on identifying their weaknesses and mistakes, and works to correct them. They constantly rely on coaches to point out their faults, and to help them understand why their shots are always slightly off. Doctors on the other hand have been taught to view errors as shameful events that should be swept under the rug.

Therein then lies the first step we must take on the journey towards minimizing medical errors. The culture of how we view, acknowledge, and judge errors in medicine needs to change. New research is currently underway looking at how doctors think, breaking down the complex process of making medical decisions that is unique to each patient. Tools are being developed to help create a structure for openly discussing and analyzing errors – all of these will be explored further in this blog’s future posts.

And do not be fooled. Everyone, and I mean everyone, commits medical errors – not just the doctors, but nurses, pharmacists, administrators….and even patients and families.

The secret is out.