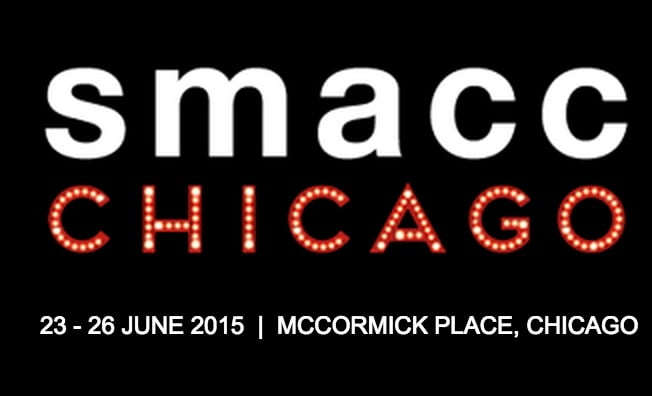 A few weeks ago, I had the great privilege of attending SMACC (Social Media and Critical Care) Chicago. The SMACC conference is essentially a playground for anyone interested in #FOAMed (free open access medical education), particularly as it pertains to emergency medicine, intensive care, and pre-hospital care. When Teresa Chan asked me early in my PGY-1 year if I would like to attend and represent the ALiEM.com MEdiC (Medical Education in Cases) series, I jumped at the chance.

On arriving in Chicago, the first order of business was the pre-conference workshops. Along with Teresa, Brent Thoma, and Eve Purdy, I helped facilitate a workshop that brought to life the creative and pedagogical process behind case-based medical learning. Over four hours, we worked with physicians from Australia, Scandanavia, and Qatar to develop lessons based on real cases at our various institutions. The enthusiasm for medical education was energising, and I came away from the workshop with renewed excitement for this year’s academic and scholarly pursuits.

With that said, I’ll admit I was a bit relieved when we had completed our workshop. I was now able to relax and enjoy the rest of the conference, which started out unlike any I’d seen so far, with live drumming, dancing, and musical performances, and beach balls tossed into the audience. During the introduction, we were asked to take out our cell phones and start tweeting, and that set the tone for the rest of the conference; I am pretty sure I posted more tweets during the four days of the conference than I had in the entire history of my Twitter account.

As a learner, it can be hard to justify the expense of travelling to a conference. Registration fees, flights, and accommodations can quickly add up. I would wholeheartedly recommend SMACC to other learners, though, and here’s why:

1. The crowd is absolutely unreal.

SMACC is for everyone interested in emergency medicine, intensive care, and pre-hospital care, and is not limited to physicians. I have been to a couple of other conferences this year, but none boasted the compliment of non-physician attendees that SMACC did. Over the course of the conference, I met other residents and physicians, but I also met social workers, nurses, and paramedics. Many of the panels and presentations included or were run by non-physician practitioners. As a group, physicians can become insular, even when we work alongside – and are heavily dependent on – allied healthcare workers. For me, it was enlightening to meet and share perspectives with a diverse group all interested in critical care medicine, including how we care for patients and how we care for ourselves and one another.

2. The learning is exceptional.

My attention span is short. Very short. I occasionally drifted off into daydreams during the conference, but for the most part I was rapt. I didn’t agree with everything that was said during the conference, but I appreciated the focus on new and upcoming research and the parallels drawn between medicine and other fields that shed new light on what I had learned during my PGY-1 year. Some of the information presented was so cutting-edge that we won’t see the equipment described or the application of knowledge for a while yet, which was part of what made it so exciting. The presentations were a lot like TED lectures; smart, succinct, and engaging. I have heard that most conferences are more about networking than they are about knowledge sharing, but I think I got a fair amount of learning in at SMACC!

3. The networking opportunities were pretty cool, too.

Okay, so I did spend some time networking. Remember all those tweets I talked about? A lot of them ended up with me meeting #FOAMed aficionados that I had followed on Twitter or listened to on podcasts but never had the opportunity to meet. I had some awesome conversations about everything from education theory to publishing books, and how medicine can (and should!) incorporate ideas from other fields into our own research. At SMACC, I felt that the attendees were treated as colleagues, whether they were medical students, physicians, or allied health workers, and that’s pretty cool.

I may seem like a bit of a crazy fanatic, and I will admit that I wasn’t as thrilled about some parts of SMACC; there is definitely a culture of celebrity that can become a bit grating by the last day, and by the end I had become a bit tired of tweeting. All in all, though, I had an extraordinarily good time at SMACC and am looking forward to next year’s conference (in Dublin!).

And hey, if you couldn’t join us this year, you can still catch the entire conference, which will be released in serial form on the SMACC website.