This episode of CRACKCast covers Chapters 19 of Rosen’s Emergency Medicine, Dizziness and Vertigo. Dizziness is one of the most common presentations to the ED so we need to have an organized approach to these patients to discern the benign from the deadly.

The body’s ability to regulate its equilibrium and awareness relies on: 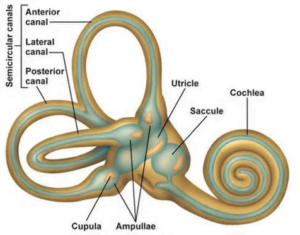 Nerve supply extending from these structures:

They then travel on two pathways leading to the clinical manifestations of vertigo:

In normal healthy vestibular systems these connections allow for eye<->body compensation in response to movement in different directions, and maintaining a stable visual axis. 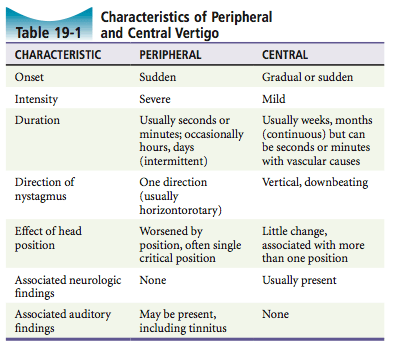 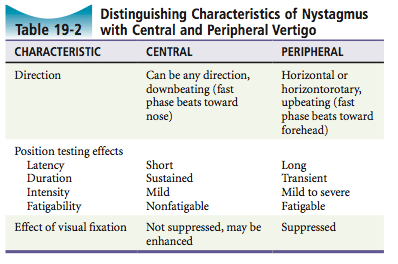 2) What are risk factors for central cause or vertigo?

4) Describe the Hallpike Maneuver and the Epley Maneuver

If the DH test is negative or bilaterally positive, use the “ROLL TEST” 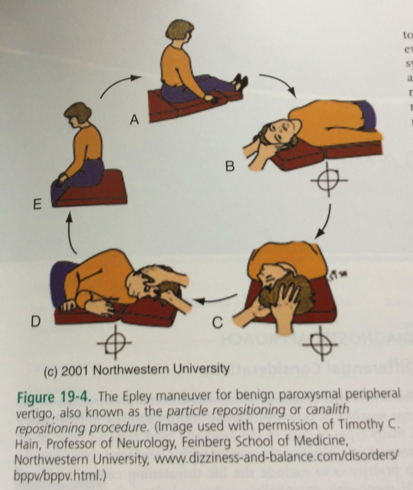 Most common causes for peripheral vertigo:

Most common causes of central vertigo

1. What is the HINTS exam? – Head impulse – Nystagmus – Test of Skew

NOTES ABOUT THE STUDY

Exclusions: People with a history of recurrent vertigo with/without auditory symptoms
Methods: Performed in an outpatient setting by NEURO-OPHTHALMOLOGISTS
Bottom line: Is this exam practical to use clinically?

2)   Why do people with vertigo get systemic symptoms?

“Barbecue roll” – Used to treat the HORIZONTAL variant of BPPV:

NOTE: Each held for 30 seconds or until their symptoms/nystagmus terminate

This post was copyedited and uploaded by Sean Nugent (@sfnugent)