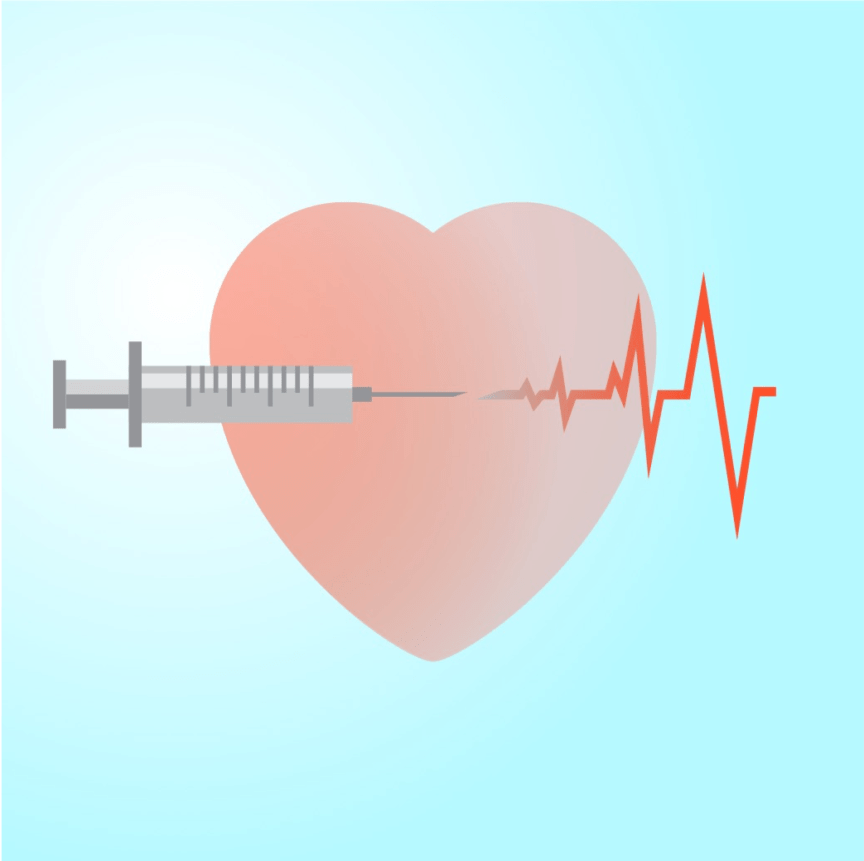 The addition of intravenous (IV) corticosteroids to the standard Advanced Cardiovascular Life Support (ACLS) algorithm in the resuscitation of adult patients experiencing non-traumatic cardiac arrest may improve the chances of achieving survival to hospital discharge. These findings are based on a small number of studies with diverse methodology, significant variability in patient population, and poor-quality data. The optimal patient population, corticosteroid agent, dose, timing and duration of administration remains unclear and requires further research. Despite limited data, the potential benefits of corticosteroid administration may outweigh the small risks, and physicians should use their clinical judgment when administering this therapy.

A 69-year-old male with a history of Chronic Obstructive Pulmonary Disease (COPD) and coronary artery disease (CAD) presents to the emergency department (ED) with shortness of breath. Shortly after arrival, the patient has a cardiac arrest with a non-shockable rhythm on the monitor. In addition to CPR and epinephrine, the physician running the code wonders about any other adjuncts he/she can consider to help improve the odds of Return of Spontaneous Circulation (ROSC) and hospital discharge in this patient.

A search of the existing literature was conducted in July 2018 using OVIDMEDLINE and EMBASE databases. Inclusion and exclusion criteria can be found in Table 1.  A total of 169 articles were identified. All articles were initially reviewed by title, and 50 articles were selected for abstract and/or full text review. Of these articles, four were selected for final inclusion based on relevance to the topic in question.

Table 1: Inclusion and Exclusion Criteria Used for the Literature Review

The study design, setting, patient population and number of patients enrolled in control and intervention groups for all four studies included in this research project are outlined below (Table 2). Of note,

Table 2: Summary of Study Designs and Participants of Included Studies

The treatments provided in the control and intervention groups in each study are outlined in Table 3. Specifically,

The primary and secondary outcomes measured in all four studies are outlined in Table 4. For the purposes of this review, the main outcomes of interest were: 1) ROSC and 2) survival to hospital discharge. The main findings were as follows:

Each of the identified studies has several limitations:

Table 4: Summary of the Outcome Measures in Included Studies

Cardiac arrest is a common presentation in the ED with high morbidity and mortality. Despite advances in cardiopulmonary resuscitation, morbidity and mortality rates remain high.​5​ Currently there is much debate on the short- and long-term benefits of many pharmacological agents used during cardiac arrest resuscitations. The role of epinephrine, which has been the pillar of pharmacological management in cardiac arrest resuscitation, has been questioned in recent literature.​6​ Identifying pharmaceutical agents that improve outcomes in patients with cardiac arrest is paramount to improving our management of this prognostically poor condition. From a pathophysiological standpoint, cardiac arrest is believed to cause a systemic inflammatory response with an increase in serum inflammatory cytokines, activation of apoptosis pathways, and reduction of levels of cortisol, leading to a global ischemia-reperfusion injury.​7​ Glucosteroid supplementation during CPR may be beneficial in improving outcomes by mitigating this state.​8​

The number of clinical studies investigating the role of corticosteroids in improving the outcomes of cardiac arrest are limited and heterogeneous in terms of their design, agents used and patient populations. This makes drawing conclusions across the totality of evidence difficult. The study by Tsai and colleagues​3​ was the only study that evaluated differences in CPR duration between the control and intervention groups. This is a potentially significant confounding variable affecting the hypothalamic-pituitary-adrenal (HPA) axis. Lindner et al. noted that there is a negative correlation between serum cortisol levels and the time from collapse to the start of CPR.​9​ It can be argued that the periods of no flow in delayed or ineffective CPR is what affects the HPA axis and accounts for the outcomes reported in these studies. The study by Tsai et al. does not allow for the analysis of “meaningful” survival given that neurological outcomes of survivors are not commented on.​4​ Furthermore, the variety of corticosteroid agents used in the intervention group makes it difficult to draw conclusions on the optimal agent or dose for use in non-traumatic cardiac arrest patients. There are also concerns with the design of the studies by Mentzelopoulos et al. which makes it difficult to analyze the role of corticosteroids. It is not possible to draw conclusions about the role of corticosteroids alone in improving cardiac arrest outcomes as the synergistic effects with other agents used in the intervention group may account for the study findings. Although a previous study had shown no benefit with vasopressin in resuscitation,​10​ it remains possible that the synergistic interaction of vasopressin and corticosteroids accounts for better outcomes in the intervention group. The other main issue with this study is the use of corticosteroids for one week post-resuscitation which raises the possibility that the use of corticosteroids in the post-resuscitative period drives the improved survival to hospital discharge data and therefore the role of corticosteroids in the initial resuscitation period remains unclear. This differentiation has significant implications for change of practice among Emergency Medicine physicians.

More research is needed in this area before any definite conclusions can be drawn with confidence. Specifically, the corticosteroid agent of choice, optimal dose, time of administration of corticosteroids relative to the onset of cardiac arrest, and the effect of corticosteroid treatment post-arrest requires further study.  If other agents are used with corticosteroids in treatment groups, increased sample sizes are needed to evaluate the benefit of each agent on the outcome of interest and assess potential synergistic effects. It is also pertinent that quality and duration of CPR and any delays from cardiac collapse to initiation of CPR are reported in any future studies. Of note, the latest guidelines by the American Heart Association / American College of Cardiology and European Resuscitation Council do not recommend the routine use of corticosteroids during cardiac resuscitation. The studies to date are worthy of consideration but are not practice changing.  However, given the high mortality and paucity of effective pharmaceutical agents in cardiac arrest, further studies are warranted.

For the patient with a history of COPD who presents in cardiac arrest with a non-shockable rhythm a dose of IV corticosteroids should be considered early in the course of resuscitation as an adjunct to ACLS management to help improve ROSC and hospital discharge outcomes.

Dr. Aida Owlia is an Emergency Medicine physician in Toronto, Ontario. Her interests include mentorship, medical education, leadership and physician wellness. She is a recent graduate of the CCFP-EM program from Queen’s University.

Dr. Chris Mykytyshyn is a Family Physician practicing out of the Ottawa area. He completed his medical degree at the University of Western Ontario and his residency in Family Medicine at the University of Ottawa. He currently manages his own family practice, with additional roles as emergency physician and hospitalist physician. He maintains an ongoing interest in the unique challenges of emergency care in rural practice.

Dr. Melanie Walker is a Research Scientist and the Resident Research Director in the Department of Emergency Medicine at Queen's University.