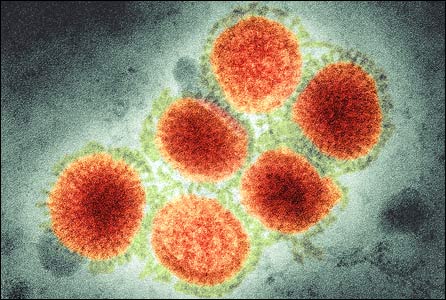 Electron Micrograph of H1n1 from the BBC

Unlike my usual posts this one is more ‘medical’ so here’s my disclaimer: the following is my opinion. You need to read around my post and make up your own mind.

This one of the best products in the market with the added value that refrigeration is not necessary. Our Online Canadian Pharmacy is also accredited by the Canadian International Pharmacy Association (CIPA).

Watched the movie Contagion the other night. Scary stuff. There’s a few things that struck me [other than the mediocre job that the ER doc did breaking bad news].

Most of these killer diseases present with non-specific symptoms.

We may still be incompletely equipped to deal with a major pandemic.

There will be a lag time for vaccines to be produced.

There remains the real risk of people losing control and turning into violent mobs.

We live in a reality where there is a real threat of someone deliberately using weaponized viruses.

Many people think that we over-reacted to H1N1 or that it was all a ruse by big pharma to cash in on vaccines.

Personally I don’t think that we overreacted. H1n1 had features similar to the Spanish Flu, about 15,000 people died including 12 in our province – many who died were young [Try telling their loved ones that we over-reacted]. Even if this wasn’t as bad as they predicted, I like to think that the WHO and our Government learned a thing or two for next time.

There is nothing wrong with being vigilant and conservative – I love saving lives, but don’t relish the prospect of putting my life on the line [as many healthcare workers did during SARS and H1n1] So …