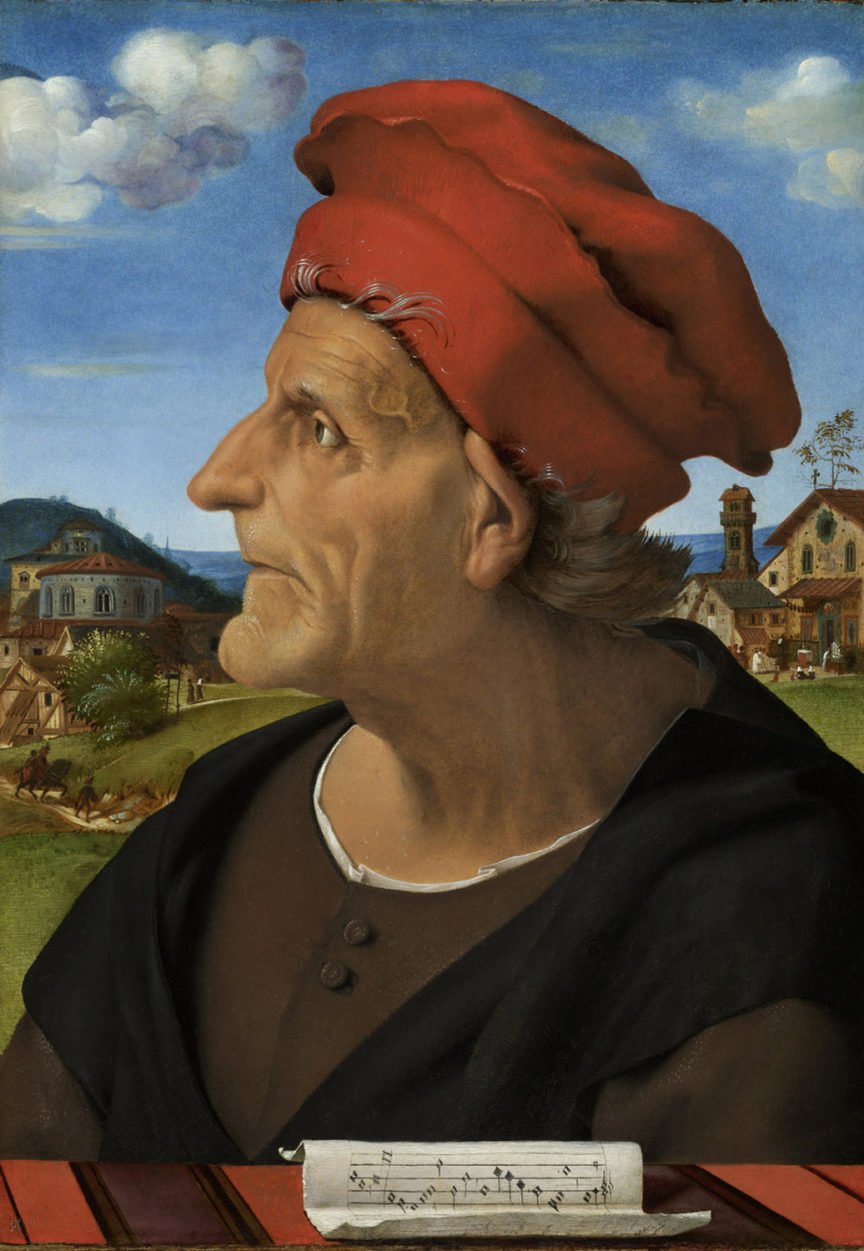 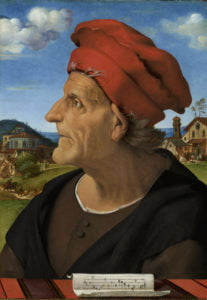 As part of the Arts PRN series, we will intermittently be featuring pieces of historic art that hint at an underlying medical condition. They say a picture is worth 1000 words… can you Spot the Diagnosis after examining only a painting? Read on to learn not only about the art, but about these fascinating medical conditions. Who knows, maybe they’ll help you make a diagnosis some day (or at least help you out on Jeopardy)! After you read, consider submitting your own art to the Arts PRN Project.

This week’s Spot the Diagnosis features Piero di Cosimo’s painting titled Portrait de Francesco Giamberti, an architect and musician. Several scholars have speculated on this work, and, in particular, one key physical finding.1 Are you able to discover something that may have ailed this man?

What condition does this man have?

Although it is unknown if this is true, Giamberti the temporal artery in this portrait is suspiciously torturous and inflamed – findings in keeping with temporal arteritis, also known as Giant Cell Arteritis (GCA).2 Temporal arteritis encompasses many signs and symptoms, but the key feature of the disease depicted here is the tortuous temporal artery. 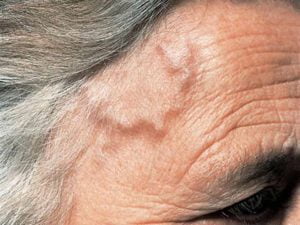 What are the clinical manifestations of this disease?

Temporal arteritis is a form of autoimmune vasculitis which primarily impacts the medium and large vessels. It may present in various ways (cranial arteritis, extracranial arteritis, or polymyalgia); however, the most common symptoms typically include unilateral temporal headache, jaw/tongue claudication, scalp tenderness, proximal muscle weakness and constitutional symptoms such as fever, unintentional weight loss, anorexia, and malaise.4 If left untreated, it can lead to blindness due to optic ischemic neuropathy in up to 15% of patients. The risk factors for GCA include age (peak incidence 70-80 years and all >50 years), female, and a prior history of polymyalgia rheumatica (PMR).5 Other etiologies should be considered in the presence of unusual or atypical symptoms (i.e. adenopathy, pulmonary infiltrates), such as malignancy, other forms of vasculitis, and atherosclerosis.6

Some risk factors for GCA include: Female, >50 years old. (Jury is out on whether wearing a sombrero is protective.)

What are the investigations and diagnosis?

Temporal arteritis should be considered on the presence of historical (headache, jaw/tongue claudication, proximal muscle weakness, constitutional symptoms) and physical exam features (tortuous temporal artery, reproducible headache on palpation of the temple). Imaging tests such as markedly elevated ESR and CRP are commonly noted, as well thrombocytosis and anemia.5 The gold standard for confirming the diagnosis is temporal artery biopsy. A negative biopsy does not rule out GCA; however, biopsies can identify 85-95% of cases.7 Lastly, ultrasound can also be used to visualize the “halo sign” (due to vessel wall edema producing a hypoechoic “halo”). However, this method can be limited to only visualizing superficial vessels. A meta-analysis of 998 patients across 17 studies has demonstrated the biopsy positive ultrasound sensitivity and specificity for diagnosis as 75% and 83%, respectively.8

The America College of Rheumatology diagnostic criteria for GCA including (at least 3 of the 5): age >50, ESR >50mm/h, unilateral headache of new onset, biopsy in keeping with GCA and decreased pulse or tenderness over the affected temporal artery.

Confirmation by biopsy should not delay the treatment for GCA. If clinical suspicion is high enough, treatment should be started immediately.9 The mainstay of GCA treatment is with prednisone (1 mg/kg/day). Tapering of steroid therapy can be considered once clinical signs have resolved and lab values (ESR, CRP) start to normalize.5

What happened to this woman?

Chitbhanu Singh is a third year medical student at the University of Saskatchewan. His medical interests include ultrasound, simulation, and MedEd. His other interests include photography, guitar, and long walks on the treadmill.