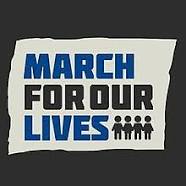 Rick Santorum is clearly in need of a biology lesson following his puzzling assertion that the youth who filled Washington’s streets in protest of America’s infamously lax gun laws would have better spent their time learning cardiopulmonary resuscitation (CPR), in case a shooting were to occur in their high school.

“How about kids instead of looking to someone else to solve their problem, do something about maybe taking CPR classes or trying to deal with situations that when there is a violent shooter that you can actually respond to that,”  he said on CNN’s “State of the Union.”

As a resident emergency physician at a downtown trauma hospital, I’d like to point out some facts of which Mr. Santorum seems painfully unaware.

First, let’s talk about blood. The average human has about 5 litres of it.  The left ventricle pumps about 70 milliliters of blood into your aorta with each beat. At 70 beats each minute, that’s 4900 milliliters, or 1.3 gallons; about as much as a toilet flush.

Now let’s talk about bleeding. AR 15 assault rifles, like the one used at Stoneman Douglas High School in Parkland last month (and Aurora, Colorado, and Newtown, Connecticut, and Orlando, Florida, and San Bernardino, California, and Las Vegas, Nevada, and Sutherland Springs, Texas…) fire 6mm rounds that weigh 4 grams (about what a nickel weighs). Wound ballistics are determined by a bullet’s total kinetic energy – one-half the mass multiplied by its velocity squared – and describe the damage done to a body by projectiles. Upon hitting a body, a bullet fired by an AR-15 causes ripples, much like when a stone is dropped into water. This amount of massive tissue destruction results in unstoppable hemorrhage.

With this much significant tissue damage, assuming blood circulation of 5 litres a minute, your heart pumps every drop of blood you have into the outside world. Within 60 seconds, you have an empty tank. CPR is futile; it will keep a heart beating, but there won’t be any blood to pump. CPR will actually make a shooting victim bleed out faster. That’s why our focus in trauma is to fill the heart with donor blood while we try to surgically stop the destruction caused by the bullet.

Perhaps Mr. Santorum would like to refine his recommendation and suggest high schools stock blood in the cafeteria refrigerator and provide students with a weekend trauma surgery course. Maybe then, they might actually be able to take matters into their own hands and not rely on politicians to create a safer society.

Better yet, Mr. Santorum could stand up to the gun lobby (which rates him A+), and introduce legislation in Congress to lift the Dickey amendment which bans the public health scientists at the Centers for Disease Control from studying gun violence and identifying solutions which would might prevent kids from getting shot in the first place.

Blair Bigham is a flight paramedic, resident physician and wannabe astronaut in Ontario, Canada. He has spent the last decade balancing life as a clinician, educator and scientist. When not roaming the skies, wards, or recesses of his imagination he can found kayaking in Canada’s great white north.